Please <click here> to view photos and documents associated with the John Bald and the WWI Headstone Dedication. 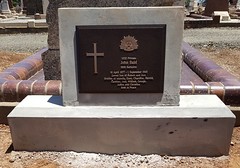 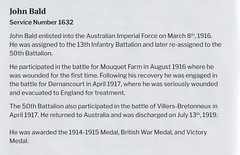 Do you remember Bald John ? Then Join up and add your memory here.