I was born in Sister Suttons Nursing Home , High Street, Gawler on the 9th. of January 1940. During my childhood I lived in Finniss street , Church Hill.

WW11 was evident to me even as a child . I have recollections of USAF bombers ( based at the Gawler Airfield) flying over the town and Italian POWS (captured in North Africa) passing through Murray Street in trucks on their way to a prison camp near Sandy Creek. At that time there was rationing of food, clothing, building materials and petrol. The Gawler Oval was used as military fuel storage area closed and guarded by volunteers. Celebrations at the close of the war in the Pacific were rowdy and happy and saw the return of men I had not seen before. Among them some who had experienced severe deprivation as prisoners since their capture almost four years before in Singapore

My years at Gawler Primary school were happy and moderately successful. Happiness came at “home time”. A quick bicycle ride across Princess Park , a sprint over the railway line and a naked plunge into our favorite swimming hole “The Spud” ended a happy day during the summer months. It was always difficult to explain wet hair and damp underclothes to my mother.

After moving to Gawler East, high school was, for me, a stroll across the street to the Gawler High School , then located on Lyndoch Road. Here I met other youthful students from the surrounding the towns of Virginia, Two Wells, Mallala , Roseworthy, Hamley Bridge, Lyndoch and Williamstown. Football, cricket , tennis and interschool athletics were the focus for most of the boys. My main interest outside school was the Air Training Corps. This was run by a group of local RAAF WW11 veterans who taught us much about aviation but more about citizenship and leadership. Visits “camps” to the RAAF station at Mallala were anticipated with great enthusiasm. In my final year at GHS as Head Prefect I benefited from the valuable leadership training passed on by these public spirited gentlemen.

After leaving GHS I commenced work at the nearby Weapons Research Establishment (now known as DSTO) as a cadet engineer (electronics) while studying part time at the SA Institute of Technology ( now the University of SA).

Football continued to be a part of my life. Playing for the Gawler Central Football Club was a pleasure. Success came with a premiership win during this time.

Professional opportunity has lead me to many parts of the world . After some years in Melbourne in a national engineering management role I moved to India to establish a joint venture between a US corporation and an Indian IT company. This was followed by similar challenges in Russia, Singapore and, the Asia Pacific region.

I moved back to Australia in the 1996 and chose to return to South Australia. I now live in Adelaide and retain a very strong interest in Gawler. I am currently President of the Gawler High School Foundation Inc. and a patron of the Gawler A.H & F Society. 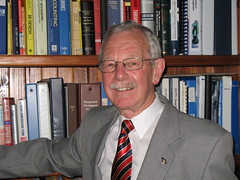 Do you remember Congdon Robert ? Then Join up and add your memory here.