The earliest Curnow recorded of the family line originated from Garras, Parish of Mawgan in Meneage, Cornwall, United Kingdom in 1534.

On 21st December 1847, Thomas Curnow and his wife Elizabeth (Moyle) sailed from Plymouth on the ship ‘David Malcolm’ and arrived in South Australia on 23 March 1848. Thomas purchased land around the Salisbury area and farmed there until his death in 1877.

John Lewis Curnow, their grandson, who married Amelia Wright, purchased land at Buckland Park for £4 per acre and in 1910 purchased land at Dublin Road, Mallala for £8 per acre. For health reasons he retired to St Kilda and died there in 1959. John (Wilf) Curnow, JP, his son, married Elizabeth Darling Turner in 1916 at Mallala where they lived. Wilf, not being interested in farming, became a chaff and fodder merchant and local agent for crop insurance in 1921.

From 1922 he sold the first Chevrolet cars both in Mallala and Gawler, also Holt crawler tractors, H V McKay farm machinery and developed a Cresco Fertilizer Agency. He established showrooms and an office opposite the original Gawler Post Office in Murray Street, where he sold Massey Fergusson tractors, Buick and Chevrolet cars and became an importer sub-dealer for Clutterbucks from his garage at Mallala and his Gawler premises (which was to become Duldig’s Plasterboard Factory in Murray Street). He became the first appointed General Motors Dealer in the state in 1926, along with his father, John Lewis Curnow at Mallala, and in 1931 was granted a GM franchise at Gawler. His contribution to the motor industry in the Gawler district is beyond reproach and can never be fully documented.

To raise money for hospital radio equipment on 16th February 1937, there was presentation of a car to Miss Hazel Tape by Mr J W Curnow. Miss Tape later drove to the Hutchinson Hospital and presented books and flowers for the patients to Matron Stanley. This was the final act in the production of the motion picture “One a Minute” by local enthusiasts, calling themselves the “Gawler Metro Amateur Cine Club”. Cameraman was Mr Ross Hamilton, leading lady was Miss Tape, and leading man was Mr Alva Parham. This extract from the media depicts the style of community spirit and charity Gawler enjoyed from the business activities of Wilf Curnow, who died in 1967 at his home in Mallala.

Jack Curnow (Wilf’s son) married Mavis Roberts of Mallala in 1940 and lived in Mallala until 1948.

During World War 2 Curnow’s Garage at Mallala was used to make machine gun parts for the war effort. These were made by an all female workforce including Jack’s wife Mavis along with Jack’s sister Jean and cousin Doris Lutt.

Jack and his father purchased Aero Motors on the corner of Lyndoch Road and Murray Street, Gawler in 1948 and Jack took on the roll of managing director, and the GM franchise, selling and servicing their products including the Holden motor car. Jack and Mavis along with their two children Glen and Delma moved to Gawler in late 1948.

J. L. as he was affectionately known, besides being a brilliant engineer, was very involved in the Gawler Rotary Club and became a councillor on the Gawler Council. He also supported many local organisations including the Gawler Motor Cycle Club. He devoted more time and effort than was expected of him, and certainly earned a reputation as one of Gawler’s more respected citizens.

The family were stalwart members of the Gawler West Methodist Church. He, with his very good friend Bob Hook (manager of Brown’s Egg Factory) was instrumental in the creation of tennis and basketball courts with lighting, for the use of church members. Along with raising 3 children, picking up new GM vehicles from Birkenhead, and catering for social events for the business, Mavis volunteered her time to the School Mother’s Club, Rotary, Red Cross and Gawler Hospital Ladies Auxiliary.

Unfortunately Jack had an extremely painful kidney disease which plagued his life from the age of 34. This progressively got worse, eventually leading to having the use of only one kidney. When he was 50 years old he suffered a heart attack, and as the business started to suffer because of his ill health, he built a house at Middle Beach so that he could regularly recuperate. The “shack” became a haven for Sunday School picnics and many happy social events. Health technology, not being what it is today, caused the tablets being taken for his heart to destroy his remaining kidney, and he died at the age of 56, in 1974.

Please click here to view photos of the Curnow Family. 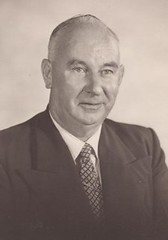 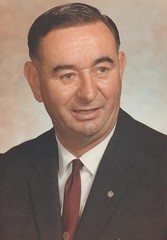 Do you remember Curnow Family ? Then Join up and add your memory here.