A Short History of William Doudy

William Dowdy (Doody, Doudy) was born in Queens County, Ireland near Ballylinan around 1808. No birth records have been found, probably due to the pervading oppression of the English at the time. Accurate records of William begin when he was arrested and convicted at Strathbally of “possession of fire arms” and subsequently sentenced to 7 years deportation to NSW. These early records give his name as Doody. He sailed on the Dunvegen Castle for Sydney and arrived in October 1832. He served his time and was granted his Certificate of Freedom in July 1839.

He married Bridget Mary Murnane on 15th August 1842 in St Mary’s church, Sydney, New South Wales and their first child, Mary Anne was born on 28th May 1843. William signed his name as clearly Doody on the marriage registrar but is typed as Dudy on Mary Anne’s baptism certificate. The family then sailed from Sydney aboard the “Dorset” to Adelaide (name on the ships record is Doodey!), arriving on the &th January 1845. The family name then becomes more consistent as Dowdy or Doudy. Their second child, Michael, was born in Adelaide 7 July 1845. The Dowdys had a small holding of farmland on the Gawler River in the late 1840’s. Around late 1851 William set off for the Victorian gold fields, along with 8,000 of his closest SA friends to seek his fortune, leaving Bridget to manage the farm along with four children and a newborn, probably with help from Bridget’s family. He appears to have done well. On return in 1853 he sold his small holding and began to accumulate property adjacent to the Light River at Lower Light, eventually having a holding of some 897 acres under dairy. William called this property Leinster Lodge in memory of his birthplace. During the period 1854 to 1867 another nine children were born. This farm was sold to Miller Anderson on 15 Jan 1880 for ₤6220. They then retired to Gawler North having purchased freehold an eight roomed house on a one acre lot 339 (now 23 Blanch St) on 23 Feb 1880. They later also purchased Lots 338 and 340 on either side. They were probably accompanied by their younger surviving children Helena, Elizabeth, Matilda, Johanna, Laura, Matthew and Joseph.

Laura married Herbert Cox, the son of Gawler painter and glazier Christopher Cox on 14 Nov 1882 at 23 Blanch St. Herbert’s brother William H Cox was the Mayor of Gawler around 1895-96. Both Laura and Herbert died at a young age of tuberculosis – Herbert in 1888 age 32 and Laura in 1889 age 35. Their 12 y.o. daughter Effie Cox was raised by Bridget (William had died) who also had in her care Colin George Doudy (b. 27 Jan 1888), another grandchild by son George Richard Doudy. George and his wife Kate (nee Simpson) had problems with alcohol, Kate dying of the disease in 1900 while George moved to WA, remarried but succumbed to booze in 1910. Effie’s older brother Harold was probably raised by the Cox grand parents.

Effie married Darcy Cowan, later Sir Darcy, son of James Cowan, MP, who later became prominent for his work in the diagnosis and cure of tuberculosis and was knighted for his efforts. Lady Cowan died at North Adelaide in 1989.

Helena married Alfred Von Doussa on 15 October 1885 at the Gawler house. Alf went on to be a Member of Parliament and chairman of the Onkaparinga Racing Club. His name is remembered in the Von Doussa Stakes raced each year at the Oakbank Easter races.

William died in the Gawler house on 14 April 1886 aged 78 but Bridget continued on until 18th Feb 1907 when she also died at the house aged 83. Both are buried at in a family plot along with their son William Herbert Doudy St Augustine’s church at Salisbury. The recently restored gravesite can be found in the historical section. The property was inherited by the eldest sons, Michael Patrick and Henry Alfred Doudy and the house was probably rented out. The house was later sold to Edith Margaret Barrett on 12 March 1914 ending the Doudy ownership of some 34 years.

The original settler chose to spell his name as Doudy, although some of his early records show that Doody may also been used his name. Irish accents and the limited literacy of some clerks at the time probably did not help. Some of his sons elected to use Doudy and some Dowdy. All a bit confusing but we are lucky to have comprehensive records of their early days and have been able to sort them out. 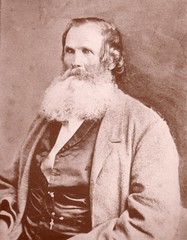 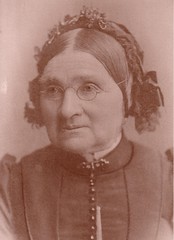 Memories of Dowdy William and Bridget

Do you remember Dowdy William and Bridget ? Then Join up and add your memory here.