Extracted from a letter from L. C. Wendelborn to Mr. John H. Chambers on 15th November 1971. “Date of establishment 4th February 1964 in buildings that served as Gawler High School (on Lyndoch Road) and it opened with 236 scholars.

The canteen opened on 11-2-1964, with takings of 3 pound 11 shillings and 3 pence. The first Chairman of School Committee was Mr G.T. Forgie with Miss Tassie as Secretary. The first Welfare Club President was Mrs Krieg, with Mrs G. Forgie as Secretary. An O.C. Class commenced on 2-6-64 with Mrs Forrest in charge – O.C. Class was transferred from Gawler Primary.

The first effort to raise School Funds was made on August 11th 1964, when a Toffee Day realised 7 pounds 13 shillings and 2 pence.

Several rooms were dismantled or demolished after the High School changed location, others were re-designed and re-furnished. Cupboards, black-boards, and various fittings were removed in preparation for the walls to take on a modern appearance. In 1965, plans were completed for the re-forming of the School and Grounds. On August 3rd 1965, a grader arrived and commenced the levelling of the South section of the School area for a playground. Contractor was A-C Construction Company of Modbury. On February 7th 1966, the School Yard was in a frightful condition with its finely powdered surface, and [with] no fences, no stairs, and no drains. The bulldust on the southside caused that area to be placed out of bounds. It was not until July 7th that pipes were partly laid into the oval. On September 20th the oval was seeded; and other works also were completed about this time. The years 1964, 1965, and 1966 appear to have been very trying years, with constant alteration, renovating, and demolition occurring as the old High School was transformed into a Primary School.

I noticed an interesting Journal entry on July 29, 1965…..”A window was broken when a piece of wood flew up as a boy was chopping for a classroom supply”. Now of course, oil heating and electric heating has replaced all this. “

Currently, this is the only written history available. Steps have been made by Brian Thom to compile more information. If anyone has documents etc please contact Brian. 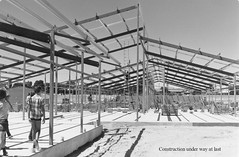 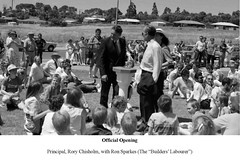 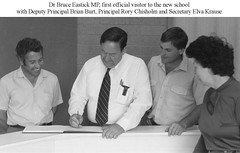 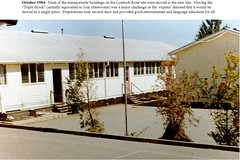 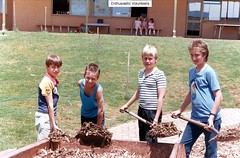 Do you remember Gawler East Primary School ? Then Join up and add your memory here.