The history of the Gawler Airfield began on the 4th of April 1942 when the then Minister for Air Sir Arthur Drakeford approved the acquisition of approximately 455 acres of land "in close proximity to the town of Gawler", and a runway was constructed (using compacted limestone gravel quarried from north west of the airfield) by the 31st July 1942. This 45 degree.runway was lengthened and sealed with bitumen in November 1942. The number 8 Airfield Construction and the number 11 Works Supply Units were based at Gawler from 11th January to 16th March 1943. Laying of the 130 degree runway commenced on the 1st of February 1943 using cement stabilized limestone gravel to a method suggested by the South Australian Highways Department, which generated considerable interest and visits by Department of Interior and RAAF Officers to study the technique and suitability for other airfields being planned. The airstrip was only sparingly used during the war years. No 86 Squadron, flying Curtis Kittyhawks was formed at Gawler on the 4th of March 1943 and left on the 1st of May for Ross River near Townsville en-route to Merauke New Guinea. No 21 Squadron flying Vultee Vengeance aircraft was reformed at Gawler on the 13th of September 1943 and operated from there until the 25th November, when they left for Lowood near Brisbane en-route to Nadzab New Guinea. (See attached 86 & 21 Squadron histories). Avro Anson Aircraft from No 6 Service Flying Training School at Mallala used the strip for practice landings at the end of 1943.

The Control Tower (or duty pilot's tower) was a bush timber structure positioned north of the intersection of the runways. The aircraft refuelling bays were at the western end of the 130 degree runway and at the northern end of the 45 degree runway. Hideouts for the aircraft were planned under trees to the north west of the air­ strip and roads were to be closed and used as taxiways, only two hideouts were actually•constructed.

AVRO ANSON Similar to the aircraft used by the Number 6 Flying Training School, Mallala, which used Gawler Airstrip for landing practice. An ANSON is on display at the South Australian Aviation Museum Mundy Street Port Adelaide.

After the war hundreds of Ansons and Oxford aircraft were stripped of the instruments necessary for flight and were sold for five pounds ten shillings for an Oxford or seven pounds ten shillings for Anson, wheels were four pounds ten extra each and parts such as magnetos, generators, propellers, hydraulic pumps and air compressors were sold separately. In 1947 No 2 Communications Unit was formed operating firstly with Ansons and Auster aircraft, then later with Dakotas and Vikings, flying ferry and courier services for the Long Range Weapons Establishment at Salisbury to the Woomera Rocket Range. RAF Transport Command provided a weekly courier service from England to Mallala using Hastings aircraft, under the auspices of the UK Ministry of Supply. In 1948 No 2 Squadron was re-named No 34 Communications Squadron operating Bristol Freighter aircraft from Parafield and Mallala to Woomera. Also, in 1947 Mallala saw the introduction of Avro Lincolns operated by the Aircraft Research and Development Unit (ARDU) under the command of Flight Lieutenant Lee Archer involved with trials at Woomera. In 1951 No 24 (City of Adelaide) Citizens Air Force Squadron was formed at Mallala, training pilots with Tiger Moth, Wirraway and Mustang aircraft. After 9 years of duty the Citizens Air Force Squadrons were given non-flying roles and at the same time Mallala RAAF Station was wound down. The Minister of Air (Mr Osborne) handed the airfield over to the Department of Interior for disposal and the land and buildings were put up for auction in December 1961. Sources of information:- The Adelaide "Advertiser" June 1960. "Life Around The Light" A history of the Mallala Council area. Compiled by the Two Wells, Mallala and district book committee. "AFSA" The Newspaper for RAAF Base Edinburgh and the South Australian Squadron Air Training Corps.

GAWLER RAAF AIRFIELD Gawler Airfield will also be fifty years old in 1992, the announcement having been made on the 4th of April 1942 by the then Minister for Air Sir Arthur Drakeford, approving the acquisition of 455 acres of land in close proximity to the township of Gaw1er. A north/south runway was constructed using compacted limestone gravel, quarried from north/west of the airfield by the end of July. The east/west runway was constructed using concrete in February 1943. RAAF No 86 Squadron was formed at Gawler on the 4th of March 1943 and was equipped with Curtis Kittyhawk fighter aircraft. It took less than eight weeks to equip the squadron with aircraft spares, stores and all of the necessary supplies for an operational squadron. The night before 86 squadron left Gawler, bound for Ross River near Townsville, en route to Merauke New Guinea, one of the airmen (egged on by his mates, no doubt) climbed to the roof of the Eagle Foundry in King street, removed the cast eagle which was then mounted on a wooden stand and used as a Squadron mascot while overseas. After serving 11 months of active service in New Guinea 86 Squadron returned to Townsville where it was disbanded on the 20th of November 1945.

resident of Gawler who was killed in action in New Guinea, they then presented the eagle back to the people of Gawler, it now stands in the foyer of the Gawler Council Offices.

No 21 Squadron was reformed at Gawler on the 13th of September 1943, being equipped with Vultee Vengeance dive bomber aircraft. The Squadron left Gawler on the 25th of November bound for Lowood, near Brisbane, en route to Nadzab in New Guinea where they mounted bombing attacks on the retreating Japanese forces along the north coast, escorted by Kittyhawks of 75 Squadron. After only two weeks of action they were withdrawn to Camden near Sydney, where they took part in the filming of "The Rats of Tobruk" having their Vengeances made-up like German Stuka dive bombers. 21 Squadron was then re-equipped with Liberator heavy bombers and saw out the rest of the war operating from Fenton (south of Darwin) and Morctai Island.

Gawler Airfield was also used by Liberators of the USAAF to transport troops back from the battle zones for R&R and to fly fresh fruit, milk, icecream, wine etc. to the US forces in Darwin and the southern Pacific war zones.

The most interesting part of Gawler Airfield history is the communications base established there in June 1944, and the underground concrete buildings constructed for that purpose. The headquarters communications centre was a nissan hut shaped building constructed of one foot thick re-inforced concrete and was 136 feet long by 30feet wide, completely underground near the river bank on the opposite side of the bypass to where the trotting track is now. "The Underground" as it was commonly known, had twelve AR7 communications re­ ceivers and teletypes installed which were operated by WAAFs around the clock, who marched to and from the campsite at Willaston at the change of duty rosters. Other equipment in the underground was a telephone switchboard, PMG equipment for the transmission lines and a Hodson and Gault emergency power generator. The aerials were strung from a windmill tower and two timber masts being disguised as trees.

The transmitting station was situated three miles west of the airfield along the Two Wells road of similar construction but only semi-underground. Transmitters installed were AWA ATS & AT13, STC AT8 and TASMA AT14, there were two Hodson & Gault emergency power generators which consisted of a Ford V8 petrol engine driving a 25Kw 3 phase alternator. The aerials were two 120 foot steel latice towers with the non-directional beacon aerial at the top and three Rhombic antennas supported on 60 f0ot timber masts (rhombic antennas are a diamond shaped aerial which produced greater signal strength from the long axis of the aerial) plus some dipole antennas. A similar building was constructed north of the airfield near the junction of Clancy road and the road to Mallala. This was to have been a remote receiver station but had not been completed when the war ended. The antennas at that site were nine rhombics, forming a nine pointed star around the station and were switchable giving eighteen points of maximum signal strength. A concrete water tank shaped building south of the intersection of the runways housed a Radio Direction Finder which was used for locating aircraft from their radio transmissions. Before radar was developed the only way of locating aircraft was by taking bearings from its radio transmissions from two or more of the direction finding stations with known positions and to plot the angles on a map to the intersection point. The Gawler RDF was mainly used as a landing aid in poor visibility condit­ ions but was used over very long distances once when a Catalina on a 28 hour flight over the Indian Ocean became overdue. Bearings were taken from RDFs at Perth, Darwin and Gawler locating the aircraft off course due to compass errors and were able to guide the Catalina safely to base. There were six smaller underground bunkers along the river bank which were used as bomb stores (one of these was destroyed during rebuilding of the Gawler bypass) and another underground building housed an electricity transformer supplying the com­ munications centre. The last one is an above ground bunker on the south/west corner of the airfield used for an emergency power plant for the airstrip and the RDF. The Airfield is now used by gliders of the Adelaide Soaring Club, but the land containing the majority of the concrete buildings was sold to private buyers in 1961.

Excerpts from "GAWLER AIRFIELD HISTORY during WW2•" by Donald M.Beaty, yet to be published.

Please also see https://gawlerhistory.com/Brooks_Fred_Photo_Collection which has WW2 photos of the Airfield and Bunkers. 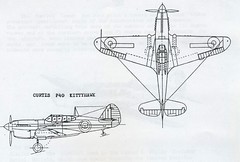 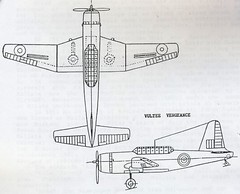 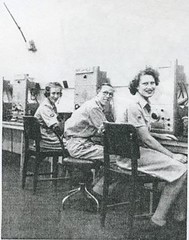 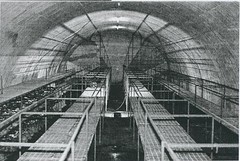 Do you remember Gawler and Mallala Airfield History ? Then Join up and add your memory here.