A GRAND OLD MAN OF THE TURF.

The sporting community will regret to hear of the death of Mr. John Pile who for over a quarter of a century was one of the leading sportsmen in South Australia.

Mr Pile who had been resident of Glenelg for many years, was 82 years of age and was born in Hamilton, near Glasgow. He came to South Australia with his parents in 1850 and the family settled at Gawler. where his father became the lessee of the Old Spot Hotel. Telling the story of his career some years ago Mr Pile said, while at Gawler he met many overlanders. and one, Dick Holland, invited him to accompany him to Sydney. "I was then only a boy of 13 or 14 years." said Mr. Pile," but the spirit of adventure appealed to me, and I secured my parents, consent.

"Old Dick" as he was called, had his home on the Hawkesbury River, and I accompanied him overland with a mob of cattle from New South Wales to South Australia. It was shortly after this that I first, met McKinlay, the explorer who subsequently married my sister. My father was mixed up with McKinlay in some horse transactions and my next overlanding trip was in the company of the man whose memorial still stands at the northern end of Murray-street as a fitting tribute to an intrepid bushman. It was after this trip that McKinlay settled for a time on Lake Victoria Station, and it was also on his advice that my father took up 60 miles of frontage on the River Darling to the south-east of Broken Hill. This is how Cuthero and Netley Stations were formed. Subsequently my father sold Netley to Joe Dunne, and I remember he was proceeding home with a buggy and pair and the river was swollen with flood. On the lonely journey Dunne must have gone to sleep, and the horses, being accustomed to fording the river at a certain place followed the track instead of crossing the bridge. Dunne must have awakened to the situation later, and tried to save the lives of his horses, for, while they were found with their heads to the opposite bank with some of the harness removed his body was recovered farther down the stream stripped to his singlet. He evidently died a good sportsman. "We started Cuthero with 1200 to 1300 cattle. which were delivered to us at Wentworth. There were no fences in those days, and I remember having to teach the blackboys to ride so that they might assist me in looking after the herd. Then by small purchases from passing drovers we got 3000 on the place I remember on one occasion making a good deal. I was riding down to Netley and saw a big mob of cattle on the other bank the river was low, and I saw that a number of the cattle had crossed to our side of the river. Meeting the man in charge I asked him whether he had lost any cattle, and he replied in the negative. I had seen and counted their traces and told him I would pay him 100 pounds for all that had crossed and any stragglers which proposition he accepted. I also suggested that we should round them up the next day, but he declined. However, on the following morning I was in the saddle bright and early and mustered 75 which were immediately put through the crush pen and branded. It was a genuine deal, but I believe my father sent on another cheque later.

There were some rough characters on the Darling in those days, but I was always capable of holding my own with them. I remember riding on one occasion to the White Cliffs Hotel which was near Cuthero when I met on the road a man who asked me for a match. He asked me whether my name was Pile, and on my replying in the affirmative we conversed for some time. I then heard the rattle of the coach coming over the claypans in the distance, and I said I must push on. My companion then remarked that he was going to stick up the coach and asked whether I would stop and see the fun. I declined, as I had no desire to be associated with such an affair and rode away. The sticking up was a success from the standpoint of Radford. the bushranger, and by the time the police arrived on the scene the highwayman was 200 miles up the river. "Altogether we were 30 years on the Darling, and before the droughty period set in, we shore 210,000 sheep on Cuthero and the adjoining country. But about I899 we left it financially broken. The drought was bad then, and if you had ridden 500 miles you would not have gathered enough grass to fill your pipe. The rabbits also helped, and the small settlers completed the job. During our previous experience there had only been one other drought, which was in 1864 but a big flood came down the river that year and left us plenty of green feed on the lower levels. This was the most remarkable flood we ever knew on the Darling as the water was running two feet deep through the house at “Cuthero".

Mr Pile was best known to the Australian public as the owner of the famous grey steeplechaser Confidence, the winner of an Australian Grand National. "There is one thing I can safely say." he said to the interviewer. "and that is that during my 35 years of racing I was never once hauled up before the stewards. I always had a clean sheet, and I can safely affirm that I gave racing nothing. I was a good judge of a horse and having made a purchase if I found that anything in my stables did not suit me, I sold it immediately. I regard Confidence and Mahdi as the two best horses I ever owned, and I have raced on the river at Wentworth, Wilcannia, Menindie, Tasmania, Broken Hill, Albury, Wagga, and other places, apart from Adelaide and Melbourne. I saw Confidence run at Onkaparinga when he was beaten by Mahdi and I bought him from Mr. Jackson for £500 although the latter gave only £30 for him. I also purchased Mahdi from Mr. Dave Pearce of Wirrilla for something like £300. Both these horses paid me well! I always liked racing over fences best, but I won the Sandhurst Cup with Affluence, and on two occasions Affluence and Necklace got within a head of wining the Onkaparinga Cup. My experience with racing goes back to the time when meetings were held at Gawler on the flat where the township has since been built. It was only a small town then, and the Hon. James Martin had a small blacksmith shop in Murray-street. He did not know an eight-hour day and on many an occasion I have assisted him as a lad with the striking hammer late at night."

Please <click here> to view a photo of John Pile. 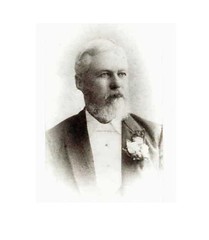 Do you remember Pile John ? Then Join up and add your memory here.