A noted pastoralist and sportsman in the person of Mr. William Pile died in his sleep at his residence, Somerton, near Glenelg, on Friday night. He was a member of a well-known family, and was a brother of Mrs. McKinley, widow of the explorer.

The late Mr. Pile, who was 75 years of age, was a son of the late Mr. James Pile, of Gawler. The latter came out to South Australia about 67 years ago, and shortly afterwards took up land on the Darling, in partnership with McKinley, the explorer. He obtained Cuthero and Polia Stations the leases being transferred to James Pile.

Mr. John Pile (eldest brother of Mr. William Pile, who lives at Glenelg, and his brother Charles (deceased), and William, established a partnership, and assumed charge of the stations upon the demise of their father. This arrangement continued until about 11 years ago.

Deceased was for about 36 years a resident of Glenelg, and also had a small farm at Plympton, where he found a pleasant occupation until a year or so ago, since when his health had been indifferent. The two stations mentioned were among the best known on the Darling, and at Cuthero in a good year as many as 120,000 sheep have been shorn. A sister, Miss Pile, of Gawler, and the, brother John survive the deceased gentleman. Mrs. Pile, who predeceased her husband a couple of years ago, was a daughter of Mr. McLean, the original owner of Polia. Deceased's daughters are Miss Pile, Mrs. John Tennant Love, and Mrs. Dan Cudmore, of Queensland.

There are three sons— Lieut. W. Pile, who is at, the front, Charles, and Allen, of Somerton.

Please <click here> to view a photo of William Pile. 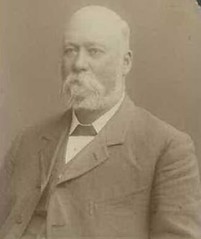 Do you remember Pile William ? Then Join up and add your memory here.