This building originally known as number one Cowan Street and now demolished was occupied during the years 1883 to 1887 by Stephen and Jane Sherwood as a baker and grocer retail outlet, Stephen Sherwood was born in Fowlmere, Cambridge, England and in 1856 with his parents arrived in Australia five years later.

Stephen is recorded as being a baker in Penola in the South Eastern of our state during the years of 1875 – 78 during this time he was to marry Jane Arnold at Port MacDonald later making their way to Gawler / Basset Town and opening a retail out let there and is listed as a storekeeper and baker at that location.

In 1883 – 87 Stephen and Jane are recorded as having moved their business to Cowan Street Gawler as a baker and grocer. Following the Sherwood’s time at these premises the building became occupied and used as office of J.C.Wilkinson and auctioneer and land broker late 1870’s – 1880’s.

It was later that the building became occupied by Fredrick B Whinnen as a grocery store while the Whinnen family also operated a similar store in Gawler South which had been opened in 1916. Bill and Reg sons of Fredrick Whinnen began working at the Cowan Street business in the early 1950’s and remained there until the store was closed during 1985.

On 29th March 1987 the building together with an adjoining building was demolished which eventually made way for the erection of a new modern building to be known as She’s Apples Fruit Market. Planning for this new building began during the year 2004 with the building being erected the following year.

For more photos of the buildings that have existed at 1 - 4 Cowan street, click here. 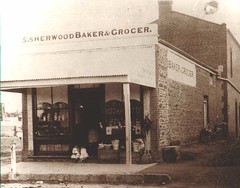 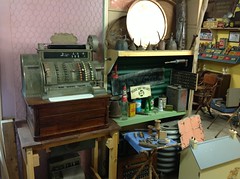 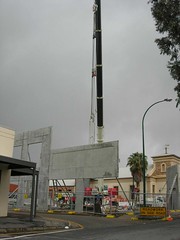 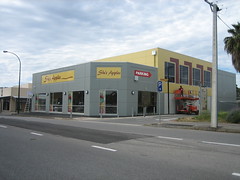 Do you remember Cowan Street No.1 - 4 ? Then Join up and add your memory here.