Gawler is positioned at the junction where the South Para and North Para rivers join to form the Gawler River.

The rivers were the focus for Gawler’s original settlement, a source of its economic growth in its early years and today still shape how the town functions.

Gawler’s town origins stem back to early explorations by Colonel Light in December 1837. Light was searching for a route from Adelaide to the Murray river. He followed Mount Lofty Ranges north and came to natural fords across the South Para and the North Para, close to the junction of the rivers. The area that was bounded by the two rivers and the steep escarpment directly to the east was subsequently surveyed by Colonel Light in early 1839 to lay out the town of Gawler.

Once surveyed the town quickly became settled. With a reliable supply of water the population grew. Gawler became an important commercial centre for the settlers moving north into the new farming areas and later for the copper mining in Kapunda. Industries were able to use the water supply to drive steam engines and provide the power for their businesses. Engineering and foundry enterprises sprang up providing machinery for a growing population and new rural and town ventures. There were also three flour mills, gas production, a brewery, soap making and a whole range of commercial enterprises. Wells were sunk that tapped into the low water table provided a reliable supply of water for the growing population. Primary production was also important with vegetable gardens, farming and later sand mining that was closely linked to the rivers.

The rivers provided the lifeline for the town.

The story of Gawler and the rivers is also linked to flooding. Being bounded by two major rivers left the town vulnerable. There have been many floods which have left their mark on the town. To cater for the floods many different strategies have been used. From using punts to cross the rivers, to building swing bridges for pedestrians and road and rail bridges for traffic. Over the years most of the bridges have been swept away at some stage. The main solution has been building stronger, higher bridges to get out of the flood levels. Even in modern times though, the floods still do damage including washing away a bridge in 2005 at Dead Man’s Pass.

The rivers have also been an important source of recreation for people. From swimming, picnicking, bush walking and for a short period the South Para was dammed for boating. There have been a series of parks and reserves developed on the rivers including Clonlea on the North Para, Parridia Taikondi at the junction of the two rivers, Apex Park close to the centre of town, and Dead Man’s Pass on the South Para.

In October 2011 these reserves were linked together with the official opening of Gawler Rivers Path - Tapa Pariara. This path now provides a safe and accessible surface for every one to enjoy the rivers. Their beauty, the many patches of remnant vegetation, and the wildlife.

As well as being valued by some people, the rivers have also been abused and degraded with erosion, weeds, tree removal, pollution from rubbish and stormwater, mining of river flats and filling of areas with tonnes of waste materials

The rivers have provided a life line that runs through the town. Over time their direct importance for people has shifted, but they still shape how the town functions. They affect how people move around and through the town. For some time they have been neglected but now with the new rivers path there is a greater focus with more effort going into restoring river health. It is hoped that over time the rivers will again be restored to prominence and beauty, not as a factor of economic growth, but as an important component and focus that enriches the town.

Please Click Here for photos of the South Para River.

Please Click Here for photos of the North Para River.

Please Click Here for photos of the Gawler River Junction.

<click here> for photos of sandcarting from the para rivers. 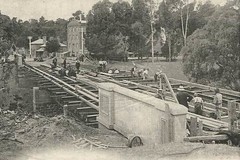 Building the Gawler Bridge over the South Para, c.1907 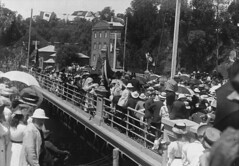 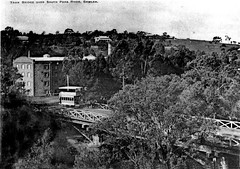 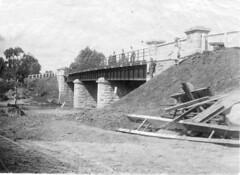 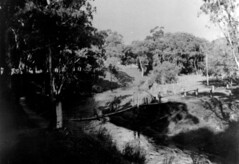 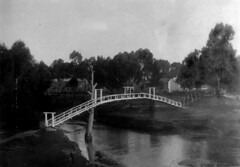 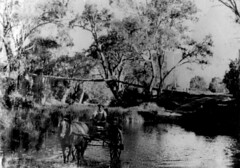 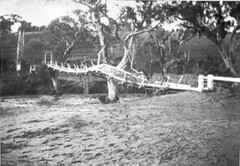 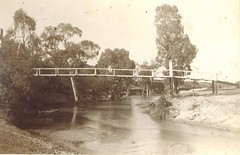 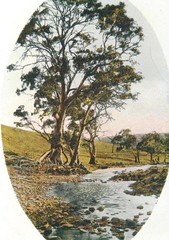 Memories of Rivers of Gawler

Do you remember Rivers of Gawler ? Then Join up and add your memory here.