There was also a speech made to parliament by Tony Piccolo, now in the Hansard

We tell ourselves stories in order to live, wrote Joan Didion.

Dad wrote so many stories, lived through so many more, that to chronicle his 75 years on this planet you’d need ten volumes and still want for space.

He was not perfect. Some of the things that he lived through left traces, hairline cracks in the foundation stone of memory.

But those cracks also let the light in, if you turned them to the window just so.

They gave him humility and compassion and made him human, they enabled him to tell those rollicking good yarns because he understood the hard bits in life as only one who has lived them can; they made him who he was.

And God he could tell a yarn. If we had guests at the table they’d have a glass of wine in their hands and he’d be holding court on Donald Trump or something suitably inflammatory in no time.

He loved debate. He loved table-thumping, rabble rousing, passionate debate. In many ways he didn’t care what side you were on—but you had to pick a side, and you had to dig in and defend it with everything you had.

It was the same with any piece of writing I’d show him—and I’d always want to show him: whether it was a University essay or a piece for The Guardian.

Mum would, of course, do the actual hard work of proofreading and correcting. But his opinion mattered: I find myself wondering what he’d think as I type these words now.

Mum loved him with all her heart and all her soul right up to the end. She slept on the couch in his room and applied moisturiser to his arms and soothed him with words and just...just loved him.

I remember telling him two decades ago he was damn lucky to have her: imagine having someone who loves every part of you so completely—even the parts that are messy and hard to love. I mean, who gets to have that? It’s unfair.

Just a month ago, when he could no longer read something I sent him, it felt like a piece of the earth fell away. A solid thing I had always stood upon.

He wasn’t one for idle talk, or outpourings of sentimentality: he chose his words carefully, and he made every word count.

He might be gruff, he might tell you that you were thin as a rake and needed to eat more—-but it was probably true.

The knowledge that he had your back was comforting: like the perfectly ironed crease on one of his shirts (the correct ironing of these shirts was a military-style operation, by the way, that only he could perform, not even mum. He learned it in the army).

Dad taught me to chase that idea, that conviction, that adventure, until it took you somewhere interesting.

It must be interesting—-but it must also be somewhere that you wanted to be.

There’s a picture of him that I love, where he’s in the editor’s chair at the Bunyip Press inspecting a story, his brow raised and lower lip pushed back in a signature “concentrating” look.

He was simultaneously open-minded and ruthless, always up for a good yarn: but it’d have to pass muster first.

As kids we’d play out the back of The Bunyip, among the printing presses, pilfering slugs of lead from the letterpress (they were probably poisonous), annoying our uncles, running amok.

We were so proud of him. His wit, his perspicacity, his ability to cut through balderdash like he was slicing butter.

What an ending Dad. Your story, your life, the whole damn thing: it was bloody marvellous. 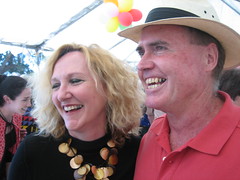 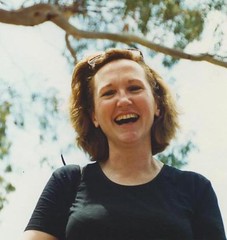 Do you remember Barnet John Lindley and Rosemary (Rowie) ? Then Join up and add your memory here.