Lyn Brereton the owner of the deli now occupied by Dodd's Deli at Gawler South on Adelaide Road. He used to have newspapers for sale at the Gawler racecourse and Brian Thom used to sell the NEWS for him there when the paper was 4 pence each. if one sold 100 newspapers then one's pockets were full of a large number of heavy pennies when venturing back to the Deli to collect one's commission of approximately a farthing [a quarter of a cent] per paper. Even so, it was good money for a ten year old to earn. If a punter had had a good day then instead of being given 4 pence, one might get a shilling or even 2 shillings; which made one's day. 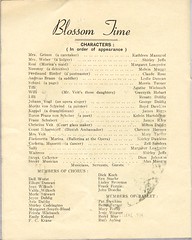 Do you remember Brereton Linley ? Then Join up and add your memory here.