John was born on the 9th of June 1905 at Murray Bridge to parents Michael Aloysious Chambers and Ann Chambers(nee Moss). He was educated at the University of Adelaide and graduated in 1926.

He came to Gawler in 1926 to teach at Gawler High School as a junior assistant. That same year, he became school sports master, a position he held until 1939. During this time he also taught part-time at the Gawler Technical School, which would later become the Gawler Adult Education Centre. In 1940 he became house-master at Roseworthy Agricultural College and was acting Principal for many years there. He returned to Gawler High School in 1948 and while there, he was Registrar of Gawler Technical School. In 1954 he was given the position of full-time Principal at the Gawler Technical College, which at the time was run in the old Telegraph Office in Murray Street, with classes being held in local schools and halls. John worked hard to achieve a better place to teach, as classes were being held in many seperate locations. In March 1967, a new facility in Finniss Street was built and it boasted the best teaching staff, finest facilities and equipment. In 1969 enrolments in Gawler Adult Education Centre were constantly increasing and there were 3,469 students and 227 classes in 64 different subjects. These were conducted in primary schools, area schools, high schools and rented premises in a total of 40 different localities. Very impressive, considering that in 1948 there were only 328 students and 9 teachers at the school with very limited subjects. By 1954, enrolments had risen to over 1,000. That same year John was appointed full-time Principal.

John has also been hugely involved within the community, with his membership of Rotary, as local historian, auditor, the Anglican Church and many more. He also worked for many years to benefit the Gawler Town Band.

John married Sybil Korner in 1931 in South Australia and they had two children, Joan and John Robert. Sadly in 1963, Sybil died in a car accident on the intersection of the Gawler Bypass and the Roseworthy College Road. John survived the accident with some injuries to his hands.

John retired on the 8th of June 1970 and went on a 5 month tour of Europe. He left in August that year and planned to return to Gawler for Christmas but sadly while in Scotland, he suffered a stroke and died on the 30th of October 1970. Arrangements were made to bring him back to Gawler where he was buried with his wife at the Willaston Cemetery.

There is no doubt that John Chambers had a significant influence in education for 45 years within Gawler and surrounding towns.

"In 1965 it was stated that John Chambers could stand in Gawler and see on every side benefits to the community for which he was responsible"( Bunyip. May 27th 1970).

Following John’s death, in 1971 a Committee comprising Gawler Service Club members was formed to honour John by creating a Memorial Reference Library. Committee Members included Lance Hatcher, Brian Thom, Ken Brereton, Elmars Senbergs, Kevin Eckert and Frank White. Donations were sought from the community and the several thousand dollars collected was used to purchase many technical reference books. These books were presented to the Gawler Institute and placed within an appropriately sized bookcase in the Library. 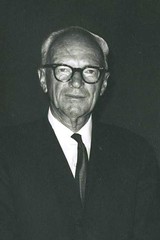 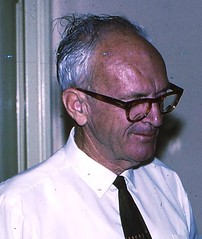 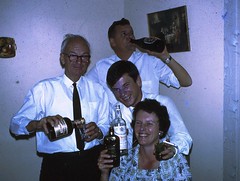 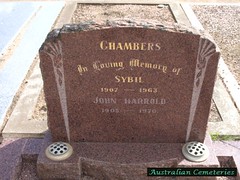 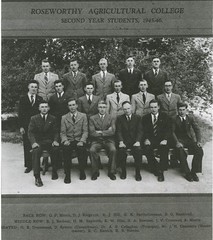 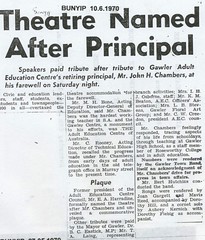 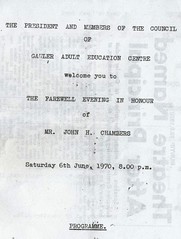 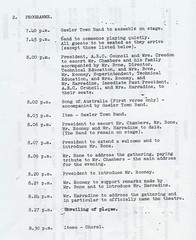 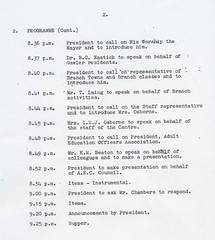 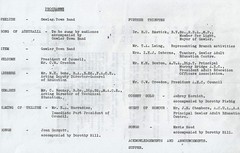 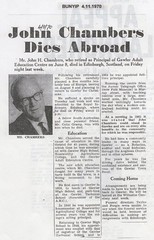 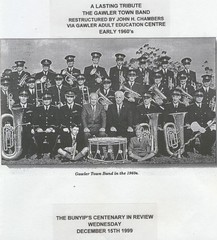 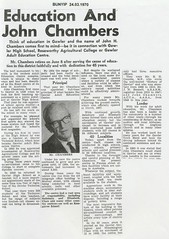 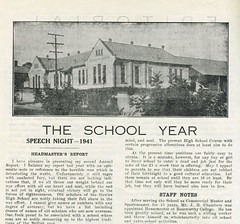 Do you remember Chambers John Harrold ? Then Join up and add your memory here.