Cody Davies was elected as Gawler Area Councillor in 2018.

Cody Davies is a Town of Gawler Councillor, elected for the 2018-2022 term of Council. He is currently the chair of the Council’s Corporate and Community Services committee, as well as being involved in a variety of local community groups, including the Gawler Suicide Prevention Group, the Gawler Broadcasting Association and the Gawler Community House.

When Cody was born, his family was living out at Cadell in the Riverland. They moved around for a while, before moving to Gawler in the early 2000's. The family spent five years living in Singapore, after which Cody moved back to Gawler in 2011. His parents stayed in Singapore, but eventually moved again and are currently residing in America.

In 2014 he ran for the Town of Gawler Council after gaining Council experience through Gawler’s Youth Advisory Committee but was unsuccessful. He then ran again in 2018 and succeeded, finishing fifth out of the ten successful Area Councillor candidates. Alongside activity at the Council and local community groups, he is also studying at The University of Adelaide, majoring in History.

Gawler Youth Advisory Committee: 2012-2015 as a Youth representative, 2018- current as an Elected Member

HUMANS OF GAWLER - Gawler in Photographs

When Cody was born his family was living out at Cadell in the Riverland. They moved around for a while and then moved to Gawler in the early 2000's. After that, they spent five years living in Singapore, after which he moved back to Gawler in 2011. His parents stayed in Singapore, but eventually moved again and are currently residing in America. In 2014 he ran for the Town of Gawler Council but it was a crowded field of 28 people contesting 10 slots and he didn’t make it in, but then when he ran again at the 2018 election he increased his vote significantly and made it onto the Council.

"My hope is that I can communicate clearly to everyone what’s happening inside the Council so more people feel informed and we can hopefully get a wide range of people running at the next election." Aside from Council he is studying at The University of Adelaide, majoring in History. He's not doing the full 4 courses every Semester, which takes longer to complete but it lets him balance it with his other responsibilities. He is also the chair of the Gawler Suicide Prevention - Community Group, which he has been involved in for the last five years or so, as well as being a board member of the GBA - Gawler Broadcasting Association, which he was the founding chair of for its first few years.

"For more than 13 years now, I have helped to run a fan website ( https://zeldauniverse.net/ ) for the Legend of Zelda video game series." He joined the forums all he way back in 2003 when he was only 13, and it’s had a big impact on his life since, as it was where he practised all sorts of things for the first time, including writing news stories, podcast-making, and creating video content. Usually he would try to go to the big E3 - Electronic Entertainment Expo every year in Los Angeles and meet up with all those people he first met online, though of course it was unfortunately cancelled this year....

Gawler History Team Inc thanks Daniel James Down (Gawler in Photographs) and the subjects of ‘Humans of Gawler’ for allowing us to preserve their profiles and photographs for future generations of Gawlerites to enjoy.

Please <click here> to view a photo of Cody Davies. 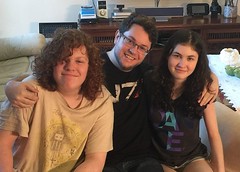 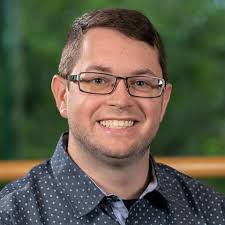 Do you remember Davies Cr Cody ? Then Join up and add your memory here.