Bruce Eastick was elected as Gawler Councillor for Willaston ward 1963 to 1968.

A popular figure in Gawler, Bruce Eastick was born at Reade Park, Col. Light Gardens, South Australia, to Thomas Charles Eastick and Ruby Sybil (nee Bruce) on October 25, 1927. First introduced to the town while studying for his Diploma of Agriculture at Roseworthy College from 1944 to 1947, also finding time to play football for the college. He then trained at Sydney University for his Veterinary Degree.

On December 8, 1951, Bruce married Dawn Marsh, the grand daughter of Hermann L. Marsh, who was Gawler mayor in 1918-19. Another of Dawn’s ancestors was John Riggs, from a Gawler pioneer family, and who exhibited wheat in Europe through the mid 1800s, which was grown in Gawler. The Easticks had four children – Andrew, Phillip, Michael and Meredith – eight grand children and two great-grandchildren.

Bruce joined the Gawler Council in 1963, representing the Willaston Ward, before his first tenure as mayor from 1968-72. From May 30, 1970, he was a Member of the House of Assembly for over 23 years, and then again served Gawler as mayor for seven years from 1993.

The most important change in Gawler for Bruce in his time as mayor was: “the advancement of Gawler as a destination for visitors and tourists, while the commitment to a barrier between the northern metropolitan spread with a buffer zone, so as Gawler can retain its country character was another important aspect”, he said.

Involved with many local community groups, Bruce took pride in his membership with Rotary, where he is a past president, and was a charter member in March 1954. He also received a presidential citation for service. Also sporting minded, Bruce played for Gawler Bowls Club, as well as offering his experience to various other Gawler sporting clubs. Dr. Eastick is also the Chairperson of other local organisations, namely the Building Committee for the Gawler Swimming Pool, Gawler and Districts Aged Cottage Homes and Meals on Wheels Kitchen.

For more photos of Dr. Bruce Eastick, AM, please click here and here.

Brian Thom’s welcome to and introduction of Bruce Eastick at the Gawler History Team Inc. meeting, 2nd March 2017, for his address “The Rotary Club of Gawler”, outlines many of Bruce's achievements in Gawler.

"It is my great pleasure to introduce to you, the Hon Bruce Eastick AM. After graduating from Roseworthy Agricultural College, Bruce established a Veterinary Practice in Willaston. I understand that he was the first Vet in South Australia north of Gepps Cross. [Bruce corrected me and said “up to Darwin.”]

Bruce was the recipient of the Order of Australia.

With 63 years of service to the community in Rotary Club of Gawler, he achieved a Paul Harris Fellow award, which has been upgraded with 4 diamonds.

He is and has been chairman of many Gawler committees including Care and Share, and has many years of association with statutory authorities relating to the quality of our local rivers and the mitigation of local flooding.

Quite apart from a general association with Bruce through my association with the Gawler Apex Club since 1963, it was not until the year 2000 that I encouraged Bruce to sit down with me and be interviewed; to get a better understanding of the important history of his Grandparents, his Parents, and his very busy and productive life with Dawn.

My interviews ended up as a compilation of 15 hours of video, which, in 2000, was copied and given to the Gawler Library and the Mortlock Library. I defy you to find one umm or err or any hesitation greater than a millisecond in what Bruce said during those 15 hours.

[If you are driving to Sydney or Perth and want to have a good 15 hours of listening, there are 12 CDs that can be borrowed from the Gawler Library.]

He has an amazing command of the English language and an impressive recall of history.

My next association with Bruce came about when I ran for the position of Area Councillor for Gawler Council in year 2000 and I put my hand up to be Gawler Council’s representative on the first meeting of the then newly formed Gawler River Floodplain Management Authority.

Bruce was elected as its initial Chairman and I enjoyed 12 years on that Authority with Bruce; addressing the need for a Mitigation Dam to be built on the North Para River, and with the South Para Reservoir needing its height increased to improve the flow of floodwaters.

The Authority was most active in progressing the design of the North Para Dam and after 16 million was spent, the Dam was completed.

I felt that the Dam needed a name and so I canvassed each CEO and Mayor of the 6 Councils involved, to get their unanimous agreement that the Dam should be called "The Bruce Eastick North Para Flood Mitigation Dam".

Bruce was thus honoured for his many dedicated hours over his many years of commitment to improving the water flow of our local rivers and he chides his Rotary mates by saying that it is the Dam with the longest name in the world.

Bruce, we are looking forward to hearing your address on “The History of the Rotary Club of Gawler”, and you being a charter member with 63 years of Rotary membership, I cannot think of a more appropriate person to present to us such history."

To see and hear Bruce Eastick's address please click on the YouTube square to the right of this page.

It was decided that to celebrate Bruce Eastick’s 90th birthday on 25th October 2017, the Gawler community and his many friends and associates should gather on Friday 27th October in Nixons Restaurant at Gawler Oval.

Lance Hatcher offered the expertise of the Gawler and District Special Events Inc. Committee to organise the function to celebrate the many Gawler and State civic duties of Dr Bruce Eastick. Those on the organising committee were Rotarians Lance Hatcher and Kim Potger, and Gawler History Team members Paul Webb and Brian Thom.

With Lance’s leadership and organisational skills, the attention to detail was very evident and over 150 people having had a close association with Bruce, enjoyed a special occasion. (Because Bruce has had involvement with over 80 different organisations, to allow for representation from most of the 80, numbers attending had to be restricted.)

Neil Jacobs (Church Hill Photography) was asked to create a video of the speeches. The video lasting 1 hour and 7 minutes has captured the speakers, documenting beautifully Bruce’s lifelong achievements as a Vet, his Local Government involvement (as Councillor and Mayor), his State Government involvement (as Member for Light, Leader of the Opposition and Speaker of the House), his 50 years as Chairman of Gawler Aged Cottage Homes and his 63 years of Gawler Rotary Club involvement; being a Charter Member.

For more information please find these documents from the event:


Organisations with which Bruce Eastick has been involved

Please click here to read Bruce Eastick's memories of his time as Mayor of Gawler, as printed in the Bunyip newspaper on 18-11-2015. 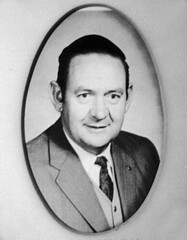 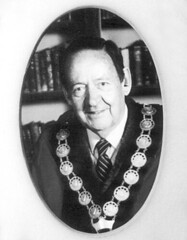 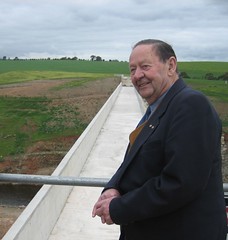 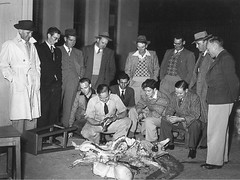 Do you remember Eastick AM (Mayor) Hon Dr Bruce Charles ? Then Join up and add your memory here.