Brian Gordon Thom was elected as Gawler Area Councillor in 2000 to 2014.

Educated at Gawler Primary and at Gawler High School, in Leaving year 1960, I was appointed Prefect and I matriculated that year.

[Between ages 13 and 15, I learnt a lot while being in the Air Training Corps (Gawler 8th Flight) and was promoted to the dizzy heights of "Acting Corporal"].

In 1961, I became a staff member of AMP Society in Adelaide (in 1966 being posted to AMP's Mt Gambier Regional Office for 12 months) and, in the 70's, I enjoyed the challenges of being a Department Head of Records Department with one male and 27 female staff. In 1980, at age 35, I chose to become self-employed to conduct my own AMP Agency in Gawler and the Barossa Valley; which developed into Financial Planning and Financial Advising. I was proud to be classified as an AMP Senior Agent. After 39 years with AMP, I retired at age 55 in January 2000 to become a self-funded retiree.

Since being elected in May 2000, I have actively participated for over 14 1/2 years as Gawler Area Councillor [Deputy Mayor 2006/2011 and 2013/2014]. I was subsequently appointed Town of Gawler Board member for the Gawler River Flood Mitigation Authority and have participated at 76 of their 78 meetings to; 1. plan and implement the construction of the Bruce Eastick North Para Flood Mitigation Dam; 2. encourage the State Government to institute flood mitigation measures for the South Para Reservoir; and 3. welcome the creation of new flood mapping data to progress the addressing of future flood mitigation measures for the Gawler River.

I have chaired the meetings of the Gawler Disability Action Group and happily progressed their concerns and desires to make our Town footpaths, roads and parking facilities safer for those having physical disabilities. I have assisted in the formulation of Council’s Dog and Cat Management Plan, along with Council’s planning to address many of the issues relating to Gawler’s ageing population.

As Area Councillor, I introduced material to urge Council’s action towards Graffiti control, Feral Pigeon control and the installation of CCTV cameras. I encouraged the Local Government Association to produce the “Handbook for Council Members” which outlines and explains “Meeting Procedures” and was pleased to be on its production Committee.

I announced my retirement from Town of Gawler Council effective November 2014.

At age 18 I joined the Gawler Apex Club and thoroughly enjoyed the 22 years of passionate involvement. I was fortunate to enjoy the strong support of my wife Beverley, who too enjoyed the variety of challenges emanating from the many different programs that Apex was involved in. At age 40, when one had to retire from Apex in those years, I was honored to be made a Life Member of Gawler Apex Club.

I value close family ties and friendships (compiling photographic history of friends and family), enjoying playing Contract Bridge for the last 50 years achieving National Master 2 stars, oil painting, overseas travel, and National Trust Volunteering, With an increasing passion toward environmental issues (including the effective utilization of native plant varieties), I enjoyed creating the Native Garden at Gawler South's Transfiguration Church and, since 2000, I have been Curator of the St George’s Anglican Cemetery Gawler; Est 1861 in Cheek Avenue. As Priest Warden to a number of Gawler Anglican Rectors, I appreciated my involvement in the creation of new stained glass windows in St Georges Anglican Church and the restoration of the many beautiful old stained glass windows. At age 14, Terry Kreig taught me how to ring the octave of Bells in St Georges Church and I have been ringing them constantly for 60 years (a Campanologist from wayback). Participating in some of the activities of the Gawler Veteran Vintage & Classic Vehicle Club has always been enjoyable.

On Monday 18th November 2019, I advised Gawler Parish Council of my formal retirement as Curator of St Georges Anglican Cemetery; after 20 years of service. I am proud that the extensive records of this Cemetery (established in 1861) have now been properly recorded for display within the Gawler History Team Inc. website gawlerhistory.com for the world to see and to assist future research.

In 2011, when becoming concerned that a lot of Gawler's photographic history was being lost, not shared and/or not accessible in modern times, I founded the Gawler History Team Inc to further the gathering, preserving and compiling of the photographic history of Gawler. As a frequent volunteer at the Gawler Visitor Information Centre, I enjoy showing visitors to Gawler our Gawler History Team website [gawlerhistory.com] which has over 21,000 photographs and articles now available for the world to see South Australia's oldest country town.

in 2014, Gawler History Team was awarded Community Group of the Year 2014.

In January 2015, I proudly accepted the award of Town of Gawler 2015 Citizen of the Year at the Australia Day breakfast.

In January 2017, I proudly accepted the "Gawler Apex Citizen of the Year" award at the Australia Day Breakfast.

Brian Thom is the Founder and Chairman of the Gawler History Team Incorporated. 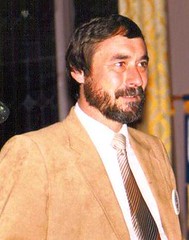 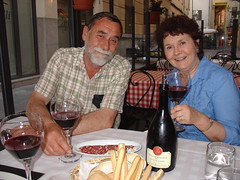 Do you remember Thom (Cr) Brian Gordon ? Then Join up and add your memory here.