Gawler Hot Bread has been a Murray Street icon for almost twenty years. Behind the freshly baked hot buns and delicious sweet treats, lies a truly inspirational story of overcoming adversity and hardship to pursue your dreams.

The owners, Qui and Tuan Vo, met while in a refugee camp after escaping the ruins of post-war Vietnam, where the communist regime was making life difficult.

“It was terrible,” says Qui. “I remember the soldiers would come and they could take your house and your possessions. Many people were homeless and left starving”.

Both Qui and Tuan decided to escape Vietnam at different times, about one year apart, and fate brought them together at a refugee camp in the Philippines.

Getting to the refugee camp proved a feat in itself, as Tuan recounts. “In 1981 I left Saigon, down the Saigon River. There were many women and children on the boat, and it was very cold and wet”. His boat left under the cover of darkness, and had to negotiate communist soldiers posted along the river. “We were one of two boats. The other boat was not strong enough to sail over a sand bar, and they were caught. There were police boats patrolling the area making sure nobody escaped”. Tuan tells of others who did not make it, and is unsure of the fate of those that were caught and left behind. “I think they were taken to jail, where the communist government would place them in re-education classes. They would take all your possessions and leave you with nothing.”

Once clear of danger, Tuan’s boat headed out towards the deep seas, with the goal of reaching Philippino waters. Living on very small food and water rations, of the 77 people on the boat upon embarkation, around 13 people perished. After being at sea for 36 days, a Philippino fishing boat rescued Tuan’s boat. “Another person died during the journey to the harbour at the Philippines. When we arrived, we initially had to wait at the harbour for several days. Then we were taken to a refugee camp”.

Set up by the UN, the camp at the Philippino island of Palawan housed most of the Vietnamese refugees. While at the camp, Tuan decided to use the time to study English. “I arrived at Palawan in July 1981, and I received a qualification where I could teach English to the other refugees”. Tuan also received a mechanic’s and an electrician’s qualification while at the camp.

In 1983, Tuan met Qui, who would later become his wife. At its peak, the camp held around 10 000 refugees, in relatively good conditions with dormitory style housing, and donated food which the refugees prepared themselves.

Qui’s escape from Vietnam was a little easier than Tuan’s, due to the fortunate early rescue of her boat while escaping through international waters. “I was only 19 years old when I escaped Vietnam. After being at sea for 4 days, a Japanese ship rescued our boat. We stayed on the Japanese ship for a few days. The captain of the Japanese ship was ordered by their government to take us to the refugee camp in the Philippines”, Qui recounts.

It was at the camp where Tuan was teaching Qui English in one of his classes. Later that year, they were married, and were allowed entry to Australia. “The day we got married,” Qui remembers, “we were approved by the ambassadors to come to Australia. It was a lucky day!”

Qui was earlier advised she had approval only to enter Japan, as her rescue involved a Japanese vessel, however this was later overturned and sanity prevailed.

Both Tuan and Qui arrived in Adelaide in 1984, and at first were housed with other new refugees in a hostel in Pennington, before being allowed to enter the community. Both of them worked hard in small jobs initially, to send money back to Vietnam to their families.

“My first job was as a waitress in a restaurant during the evening, after I studied for my high school certificate during the day. On weekends, I worked on a strawberry farm in the Adelaide hills” Qui remembers.

Qui later worked at the Clipsal factory, and also with Holden as a sewing technician. Tuan initially worked with ROH Wheels, then later with Holden as well. “In 1992, I decided to learn a trade, so that I can own my own business”, Tuan recounts. Tuan and his young family moved to Sydney so he could spend time working at a bakery as a baker’s assistant. After two years Tuan was ready to return and set up his own shop. “We decided to come back to Adelaide. It’s more peaceful living, and a good place to raise children”.

Tuan and Qui scoured South Australia looking for the ideal place to open their bakery, a search that included Whyalla, Port Augusta, Port Pirie and Victor Harbor to name but a few places that they had considered.

“But after seeing the shop in Gawler on the main street, we instantly fell in love with the location and the beautiful heritage building”, Qui remembers.

Both Qui and Tuan have been at their Gawler Hot Bread location since 1995, and have since grown to become one of the most popular bakeries in Gawler. Qui and Tuan have embraced the Gawler community, and supply baked goods to the old Hutchinson Hospital, the Rotary Club and many sporting clubs regularly.

“We love being here, and have worked hard at our bakery to be successful. Our family is very lucky and we have a good quality of life here in Gawler. We are so thankful to Gawler for supporting us.” 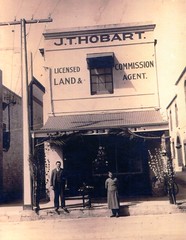 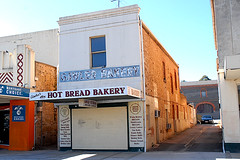 Do you remember Vo Anh Tuan ? Then Join up and add your memory here.