Difference between revisions of "Webb Anne"

I was born in 1947 at Wudinna on Eyre Peninsula. My father, John Field, worked as a stock agent in Goldsborough Mort’s and he was sent there after the war. My mother was Eileen Parnell and her grandfather was R.T. Parnell who established Parnell Transport in Orroroo. The company was handed down through two generations and my cousin, John Parnell, who is in the “Truckie Hall of Fame” in Alice Springs, was well known in the industry for devising a method of transporting bulk fuel to the Simpson Desert.

Our family moved to Adelaide when I was two years old. We resided in Blair Athol which is where I stayed until I was first married in 1966.

In 1963, I left Enfield High School to commence work in the ES&A Bank as a ledger machinist. I was required to leave work in 1966 when I was first pregnant; as in those days a pregnant female employee was not allowed to work in the bank.

My husband (Graeme Davies, also a bank employee) was transferred to Clare in 1967, where we lived for six years. My first son, Jonathan, was three months old when we moved there, and my second son, Mark, was born in 1969. We returned to Adelaide in 1973 and lived in Redwood Park for 15 years.

During this time, I attended night school for three years to gain my matriculation certificate so that I could go nursing, which had been my childhood dream. This I managed to do at the age of 32 in 1979.

I did my initial nursing training at the Lyell McEwin Hospital where I stayed for eight years and then moved to the old Hutchinson Hospital at Gawler in 1987. During my six years there, I also spent a year at the Balaklava Hospital and Ira Parker Nursing Home as the then “Matron” for a year, whilst the incumbent was on maternity leave.

As I was a mature age student and had also carried on studying once I had graduated doing my Diploma in Applied Science, I moved fairly quickly up the then corporate ladder. I became the Charge Sister of a surgical ward five years after graduating. I then moved into Nursing Management, which is where I remained for over twenty years. During this time, I furthered my qualifications gaining a Degree in Applied Science – Nursing and various Management certificates.

The early 80’s were a fairly turbulent time, as, unfortunately, my first marriage disintegrated and I found myself as a student nurse working shift work, studying, looking after two teenage boys, and running a household.

I was fortunate to meet my present husband Paul Webb in the mid 80’s, and we purchased our first home on Adelaide Road in Gawler in 1988 and were married in the back yard in November 1989. We moved to our present home at 3 First Street, Gawler in August 1990.

I moved back to the Lyell McEwin in January 1993 as the Nurse Manager of the Surgical, Critical Care and Emergency Departments. I remained there until my retirement in May 2007. During these years I relieved in the Nursing Director position for three years and also worked across the Queen Elizabeth and the Lyell McEwin sites, organizing the employment of Graduate Nurses for both campuses.

As my professional life was, on a daily basis, spent dealing with many people and the issues that they experienced, I have deliberately sought to have people in my life as much as possible during my retirement. I have achieved this by joining the Gawler Quilting Circle and serving on the committee for a period of 4 years, 3 of which were as the Secretary. I have recently been renominated onto the committee again as Secretary for a period of 2 years.

I also volunteered with Anglicare and the “Look Good, Feel Better” program, until I experienced some physical problems and was unable to continue. I support my husband who is a member of the Lions Club and take great pleasure in pampering our 4 (soon to be 5) grandchildren.

I have now resided in Gawler for a period of 23 years and would not want to live anywhere else. Whilst over these years Gawler has grown immensely, the people are still friendly and welcoming. It is not everywhere that you can walk down the street or sit on the verandah of your home and have people stop and talk to you and take an interest in you. To me, this is what life in Gawler is all about. 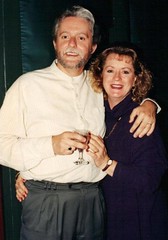 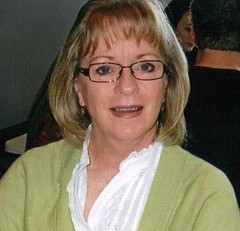 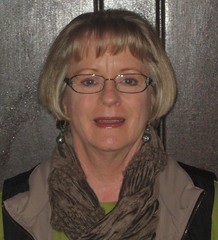 Do you remember Webb Anne ? Then Join up and add your memory here.