John Wilkinson senior was a farmer in Ireland, and after marrying Rebecca Maynard, they had a son, John Charles Wilkinson, born at Enniscorthy, Wexford, Ireland in 1837, and two years later migrated to South Australia on the “Trusty”. In 1848 the family settled at Gawler River, and five years later came to Gawler. A first class salesman, the younger John eventually became an auctioneer, and in 1869 worked in partnership with the town mayor, Edward Clement.

Another connection Mr. Wilkinson had with a Gawler Mayor was when he married Elizabeth Watsford Jones on November 4, 1863, the second daughter of John Jones, who was to become the town’s Mayor in 1875. The large photographic frame, which today houses the photographs of Gawler’s Mayors in Council Chambers, was presented to council by John.

After fathering five children with his first wife Elizabeth, who tragically died in 1888, Mr. Wilkinson remarried Miss Cowan two years later. The family moved to Adelaide and had a further two children. They were given a public farewell by the citizens of Gawler.

Mr. Wilkinson was a councillor for five years in Gawler, including Mayor in 1883. He was also chairman of the Loyal Gawler Lodge of Oddfellows, a trustee of the Tod Street Methodist Church, Ranger for the District Council of Mudla Wirra for two years, and was actively connected with the agriculture and literary societies.

Whilst working as an auctioneer in Gawler, Mr. Wilkinson had his own business for a time in the “Old Bushman Yards”, and it was reported in The Bunyip that “His readiness of speech and witty repartee provided many hours of entertainment.” In the twilight of his life John moved to Blinman, in the northern Flinders Ranges, where he died on December 6, 1899. 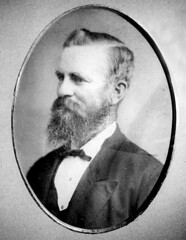 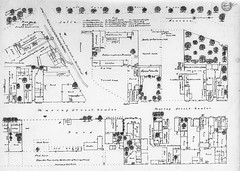 Do you remember Wilkinson (Mayor) John Charles ? Then Join up and add your memory here.