A loaded semi-trailer careered down Lyndoch hill out of control on Wednesday this week and crashed into shops on the western side of Murray Street in what was probably the most spectacular crash yet seen in Gawler.


Police and bystanders praised the presence of mind and driving skill of the semi driver after he steered the vehicle down the hill at high speed with one hand on the warning horn while attempting to change gears as well.


Information from the Advertiser and the Bunyip, as compiled by Glen Curnow We believe that the man in the suit, wearing a hat, is Arthur Warhurst, the Town Clerk. 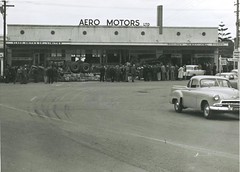 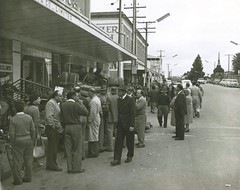 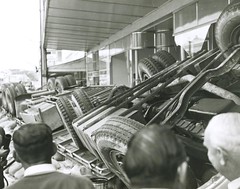 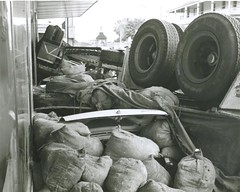 Do you remember 1962 Car Accident ? Then Join up and add your memory here.