Ashleigh played A Grade cricket during the summer in both Port Augusta and Port Pirie. In the winter he played football for Willsden A Grade until a knee injury forced his early retirement from the sport. Ashleigh was an active member of the Port Augusta Apex club during his three years there.

During his three years teaching there he met Meredith,who was working in a Chemist shop until her entry into Nursing. They both moved to Adelaide where they were later married in 1970.

Ashleigh continued teaching in Adelaide at Cowandilla Demonstration School and Sturt Primary School before being promoted to the position of Headmaster at Morgan Primary School. Following three years on the river ,he was appointed Principal of Booleroo Centre Primary School. During this period Ashleigh and Meredith had four children. Ashleigh continued to play cricket and gained selection in Association teams in the Riverland and in the North. He also commenced playing golf as a winter sport.

With this appointment in 1981, he bought a house in Gawler East and became Gawler resident. His four children all attended Gawler East Primary School and the family became involved in many aspects of Gawler life.They all attended Tod Street church and the children played netball, football and tennis in the Gawler competitions. Ashleigh was particularly involved in the organization and running of Junior tennis and football. Ashleigh helped manage junior tennis teams which were involved in inter-town competition in Clare, Adelaide and Mildura.

The appointment as Principal of Evanston Primary School in 1985 ,was a great opportunity for him to be part of the education system in Gawler. As a local School Principal Ashleigh was actively involved in the organization of various Gawler community/school activities, such as Come-out parades , the Olympic Torch Relay in 2000 and the design, building and development of the Hewett Primary School.

Ashleigh successfully set up a centralised Temporary Relief Teaching Scheme at Evanston to cater for all schools in Gawler, Barossa and surrounding areas. In 1987 the school grounds were upgraded and in 1995 a school hall was built .

Living in Gawler gave Ashleigh and Meredith the opportunity to explore the Barossa and the great wine and food opportunities the area offered. This led to becoming a member of a wine bottling group which continued until they left Gawler, and also a dinner party group.(which still continues after over 30 years).

As Gawler grew, it also gave the family their first opportunity to walk to the cinema, shops and to local restaurants. Ashleigh retired in 2003 and after a short break began doing some temporary relief teaching in the Gawler area He has continued teaching following the family’s move to Adelaide and has recently had the distinction of teaching not only his own children, but some of his grandchildren. 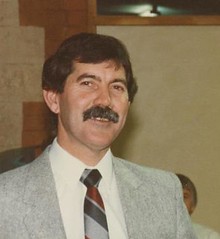 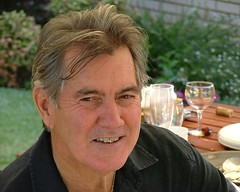 Do you remember Allan Ashleigh ? Then Join up and add your memory here.