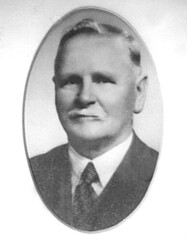 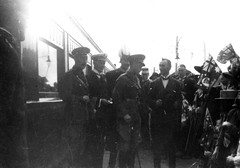 Arrival of the Prince of Wales at Gawler Railway Station, 12 July 1920 Being greeted by the Premier of South Australia, the Honourable H N Barwell and the Mayor of Gawler, James Busbridge (far right)