I lived at Smithfield from 1950 aged 5 until 1960 and attended the firstly the Smithfield Primary School and then Gawler High School then located on the Lyndoch Road. My father managed a farm/horse stud in the early years but the farms in our district were about that time being acquired by land speculators who soon after sold them to the Government for the development of the new town to be known as Elizabeth. We continued to live in the farmhouse with a smallholding and my father worked as an engraver at Weapons Research Establishment ( WRE ) at Salisbury until he retired. My parents had lived at Willaston during the war years and so we had many friends in the Gawler district.

There were four children in our family. My elder brother Tony was an outstanding sportsman and travelled to Adelaide each day and attended Adelaide Boys High School. Tony in later life became a long serving Test Cricket umpire and enjoyed a successful career as a professional sportsman. My two younger sisters Patricia and Catherine ( who was born in Gawler at the Hutchison Hospital ) attended Taperoo High School as by then we had moved to Adelaide. I attended Woodville High School in 1960 and 1961.

Gawler High was a small school in the late 1950s but was about to grow very quickly. There was just one Leaving class from memory of fewer than 20 students and no Leaving Honours class. Most students left school to work after the Intermediate Year.

On leaving school I worked in the State Public Service at the Harbours Board and then the Court House at Port Adelaide.

In 1965 I began work as a full-time youth worker for the youth organization of the Catholic Church known as the YCW. This work took me across Australia including two years in North Queensland. In 1970 I gained a place in the Adelaide Law School and began to study full time and worked as a barman at the Osborne Hotel. In January of 1971, I was offered a position in the office of the then Premier Don Dunstan and this was the beginning of my political career. I continued to study part-time and in 1978 I was admitted to the Bar of the Supreme Court of SA as a barrister and solicitor. In 1973 I became the Private Secretary to the Attorney General Len King and when he was appointed the Supreme Court I worked with successive AG’s until I began to practice law. However, this was a short stint as in March 1979 I was elected to the seat of Norwood in the State Parliament following the resignation of the sitting Member for some 26 years Don Dunstan. I contested seven elections in Norwood and served the parliament for some 14 ½ years eleven of which I was honoured to serve as a Minister of the Crown. Over those years I held eight portfolios and for seven years as Minister of Education.

Since leaving Parliament in 1993 I have developed a career as a Non-Executive Director and consultant serving on a private company, public and charitable boards. From 1995 until 2003 I was the elected President of the Geneva-based International Baccalaureate Organisation. I have been appointed to Public Sector Boards and Commissions of Enquiry by both Liberal and Labor governments.

In 1973 I married Rae Hurley a teacher who I first met when working in North Queensland. We have a son and a daughter and three grandsons. 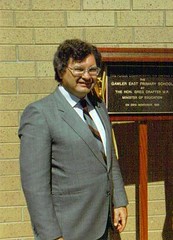 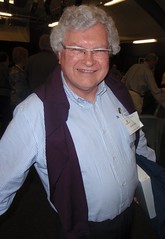 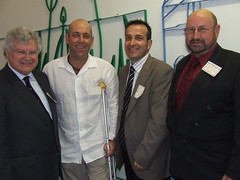 Do you remember Crafter AO Hon Greg ? Then Join up and add your memory here.