Mary Dawn Marsh was born on 6th August 1924 at the Gawler Maternity Home on Victoria Terrace to Lillian Melior Marsh (nee Parham) and Sydney Lewis Marsh of Angle Vale. Dawn was their first and eldest daughter. Both parents were descended from families who were among the earliest settlers in the Gawler region. The family moved to Willaston when she was 3 and remained in Willaston until 1948.

Dawn attended Gawler Primary School in Nixon Terrace where she graduated in Grade seven as Dux of the School winning the Doctor Dawes Medal in 1936. Living in Jane Street Willaston required Dawn to ride her bicycle to and from the Gawler High School on Lyndoch Road. Her year 11 (Leaving Certificate) was undertaken at Adelaide Girls High School.

Her first employment was at the Weapon Research Headquarters at Salisbury and then employed in Adelaide before her marriage.

Her first home, with Bruce, was a rented cottage in Cockatoo Valley. They moved to Bright Street, Willaston in September 1952, and built a Surgery there for Bruce to practice as a Veterinarian. After nearly 30 years there, in 1982 they moved to Goodger Street in Gawler East.

Dawn is the mother of 4 children, three boys and a girl, all of whom schooled at Gawler Primary and Gawler High. She had 8 grandchildren and, at 4/2012, 2 great-grand daughters.

Dawn became involved in local politics, while Bruce was involved in State politics, she occupied, at various times, the office of President and Secretary of the Gawler Women’s Branch of the Liberal Party.

There seems to be no end to her Craft talents, fine furniture wood working, silversmithing, china painting, counter cross stitch and knitting.

Travelling widely, Dawn has visited Canada many times, Rocky Mountains, Disneyland, Oberammergau in Germany to see the Passion Play, a special one-day flight over Antarctica and the Trans-Siberian Railway from Beijing to Moscow.

The Gawler community has been extremely fortunate to have Dawn as patron or an office bearer of many of the groups and charities in Gawler.

We thank Margaret Leak for providing details of Dawn's involvement in Red Cross. "Dawn joined the Gawler Red Cross Branch in January 1962 [when Mrs Isobel Fatchen (mother of Max) was President at the same time as she conducted the Gawler Civilian Relief,and in July that year Dawn took the office of Vice-President. After 3 years she was elected Branch President, again for 3 years. Following that [in 1969 and 1970] Dawn was Regional President of the Zone.

Dawn was an active and valued Branch member in Gawler. Fundraising, Red Cross Calling, and leadership were her forte in those earlier years. In 1993, as wife of the Mayor, Dawn was invited to become Patron of the Gawler Branch of Red Cross and held that position for almost 20 years. Dawn received her 50 years long service award [Laurel Wreath] in May 2012. The Gawler members were saddened at her passing in March 2013, and formed a guard of honour at her funeral. Dawn's family respectfully chose Australian red Cross to receive In-Memoriam donations."

In December 2011, Bruce and Dawn celebrated their 60th Wedding Anniversary with family and friends.

Mary Dawn Eastick is represented on the webpage created for the Significant Women of Gawler Project. To read about her life please click here. 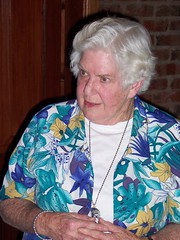 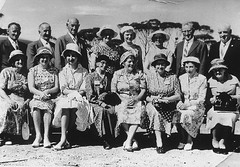 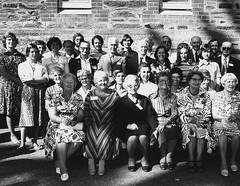 Do you remember Eastick Dawn ? Then Join up and add your memory here.