The first Lutheran School in Gawler opened in 1928, across Dundas Street from the Zion Lutheran Church, and it closed in 1941. Mr H. McKenzie was the teacher. In the early 1970’s the need for a Lutheran School in Gawler was again raised in the Lutheran Parish. This interest culminated in the Parish establishing the Lutheran Kindergarten, known as the Zion Pre-school Centre and situated next to the Zion Lutheran Church in Cowan Street, Gawler. It opened in 1979 with Mrs Raelene Materne as the Director. In October 1982, about 30 members of the Lutheran Parish attended a meeting to assess the possibility of a Lutheran Primary School being established in Gawler. A feasibility study was recommended. At the Parish AGM in November 1982, the proposal for a feasibility study was endorsed and a committee was elected; Bob Fielke as Chairman and Roy Bell as research officer. Other members were Pam Krieg, Alan Humphrys, Colin Kroschel, Pastor Sander and Pastor Goldhardt. The Committee reported to the Parish meeting of the 16th October, 1983 and the meeting voted 103 out of the 117 present in favour of establishing the school. An Establishment Committee was elected; Bob Fielke was Chairman, Roy Bell was Secretary, with Committee members Howard Wittwer, Terry Krieg, Ray Noack, Doris Leske, Christine Rosenzweig, Mark Jaescke, Pastor Sander and Pastor Goldhardt. Max Ronan and Pastor Bergen joined the Committee later. The Immanuel Lutheran School commenced with 38 students in 1985 in the old Catholic School [corner Cowan and Porter Streets, Gawler] with Roy Bell as the first Principal. In 1986, the School moved to the Lyndoch Road site, which was first used by the Gawler High School and the Gawler Technical School from 1915. From 1964 to 1985, it was the home of the Gawler East Primary School. Following negotiations with the Minister of Education that site was transferred to the Gawler Lutheran Parish for the Immanuel Lutheran School, which commenced there in February, 1986 with 66 students, with plans to grow to 200 students. In 2012 more than 350 students attended with plans to extend to 400 students.

Gawler Lutheran Society socials were held on the first Saturday of every month in the Zion Lutheran Hall by the South Australian Leaguers. Bands providing the music included The Hijoys, The Moonlight Ramblers, and The Country Stylers. About 200 people attended the social held on the 6th November 1965.

Headmaster Daryl Trigg gave an address in 2018 on the history of this school and you can view the video below. To view slides used during Daryl's presentation, please <click here>.

Please <click here> to view a Bunyip Newspaper Article titled; "Wonder Wall The Wait Was Worth It", which details the restoration of the Lyndoch Road facing historic wall (written by Grady Hudd dated Wednesday, July 10 2019). 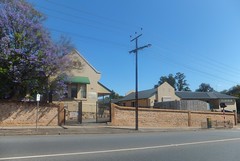 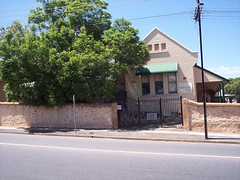 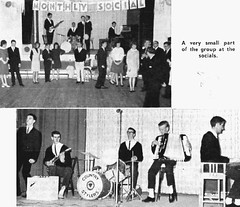 Do you remember Immanuel Lutheran School Lyndoch Road 11 ? Then Join up and add your memory here.