Originally the "Bank of Adelaide" this building was built in 1873 by that organisation. The branch was closed and the building sold to the Freemasons at a huge loss in the 1890's. The building became the "Union Bank" in 1928 and the ANZ in 1951. The cast iron fence is one of Martin's more common - also in view at 59 Murray St and at Martindale. This building was part of the Town of Gawler Heritage Project, 2003.

For a variety of photos of the ANZ building, click here. 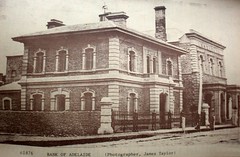 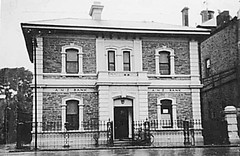 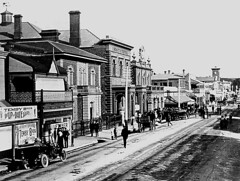 Do you remember ANZ Building, 93 Murray Street ? Then Join up and add your memory here.