The premises located at 153 Murray Street, Gawler on the north-eastern corner of Murray Street and Lyndoch Road in the early 1900s was a grain and chaff store run by Mr Walter Duffield around the time of World War 1. It became an accountant’s business run by Mr Ey and in later years the business accommodated the sales and servicing of the motorised transport system – cars, trucks and tractors.

In the 1920s it was premises from which Mr Geue ran a garage. It was then taken over and called Steinke’s Garage and around 1926 it became a motor vehicle sales and service shop owned by Mr Geo Abbotomy.

Accountants advised Mr Abbotomy that he should become a ‘Propriety Limited’ company. Lawyers from the companies’ office came to Gawler to file details and asked him what he was going to call the company; a question he had not contemplated. At that moment, on 14 April 1928, Bert Hinkler flew overhead in his Avro Avion aircraft on his historic first flight from England to Australia, to land at the Morphettville Racecourse. Mr Abbotomy looked up at the sky and said “call it Aero Motor Garage.”

In the 1930s the premises was owned by Freeman Motors, and in 1948 Mr J W (Wilf) Curnow and his son J L (Jack) Curnow bought the business of Aero Motors to sell and service all GM products including the new Holden car.

Aero Motors was made up of three offices – two for the clerical staff and the main office fronting Murray Street was the manager’s office. There was also a spare parts division which stocked many parts for sale. Above the offices and spare parts division was a mezzanine floor which contained mufflers, exhaust pipes, tyres, large spare parts and company records. There was a mechanical workshop for six vehicles with a pit for two vehicles, and a separate lubrication bay with a pit. The business also sold petrol from pumps located on Murray Street just outside the building, and one of the office staff was always available to give service to a customer by filling up their tank with petrol and checking their oil and tyres.

Fridays were always busy in the workshop as many farmers would bring their wives into Gawler for their weekly shopping and the husband would have his car serviced at the same time. Wilf Curnow’s favourite saying to the husband waiting for his vehicle was to “come into my office and rest your poor legs” and Wilf would strike up a conversation about the weather, the crops or anything else pertaining to the countryside, until the vehicle was finished and the farmer could collect his wife.

In the mid 1950s Aero Motors purchased two thirds of the ‘Dawkins’ building on the western side of Murray Street, opposite Aero Motors (no 142), where they sold and serviced GM produced Frigidaire refrigerators, stoves, washing machines and small appliances. These showrooms also displayed new and used cars. Regularly Jack cleared the floors, curtained the windows and ran sales and service seminars, and schools conducted by GMH personnel. Attendance was not only for the Aero Motors staff, but Curnows Garage staff from Mallala and Two Wells, as well.

They later purchased the land opposite Aero Motors on Lyndoch Road, on the corner of High Street, and created a Used Car Yard to sell second-hand vehicles. They also had two other used car sales outlets, one at Smithfield and one at Hamley Bridge. To keep the business ‘in house’ they also rented the ‘top shop’ from the owner of the Exchange Hotel at the time, Mr Doug Mulligan. It was used for detailing and reconditioning second-hand vehicles for resale. The building is north of the Exchange Hotel.

In 1971 Aero Motors changed dealership from General Motors – Holden to Chrysler. Jack took over this franchise with renewed energy and he greatly increased the sale of Chrysler vehicles in the Gawler district. Due to Jack’s ill-health over the years he died in 1974 and Aero Motors Pty Ltd assets were sold and the company was dissolved.

Over the years, Aero Motors had generously assisted Gawler events and enterprises including the Gawler Golf Club, donated several vehicles to auction for charity, or given as prizes to the people of Gawler. Sponsored an FJ Holden in the famous “Round Australia Redex Reliability Trial”, “Hollywood Auto Daredevils” at Gawler Oval in 1972, and had the 24 hour Motor Cycle Trial main check-point in the garage for several years between 1960 and 1970.

Many other local organisations in Gawler and surrounding district also benefited from the assistance, donations and sponsorships given to them by Aero Motors. 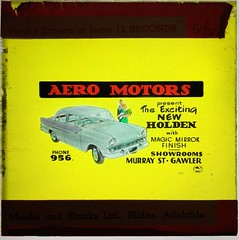 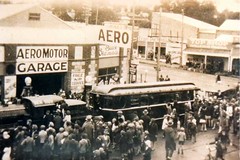 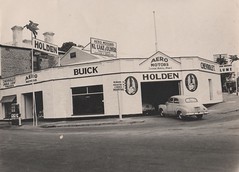 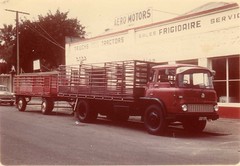 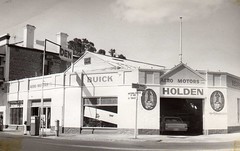 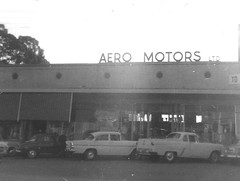 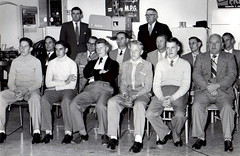 Do you remember Aero Motors ? Then Join up and add your memory here.