Rita Argent was born at the Hutchinson Hospital Gawler when her family was living at Wasleys.

On completion of her High School Education she completed two years training in General Nursing at the Hutchinson Hospital Gawler and a further two years at the Royal Adelaide Hospital.

As a Nursing Sister, Rita served on the staff of Hutchinson Hospital Gawler and Hamley Bridge Memorial Hospital.

She was also Tutor Sister at Hutchinson Hospital Gawler and Kapunda Hospital.

In 1977 Rita founded the Gawler Care and Share Group a Day Care Activity for Frail and Ageing and Younger Disabled People and served there for thirty three years.

In 1985 she received a Gawler Australia Day Citizen of the Year Award for her contribution to Gawler Care and Share Group.

In 2003 she received the Centenary of Federation Medal awarded by the Australian Government for Service to the Community.

She is a Lay Preacher in the Uniting Church, South Australia. 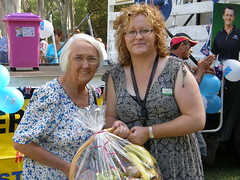 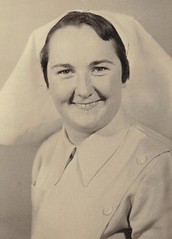 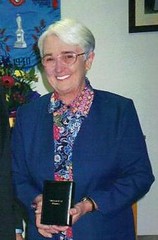 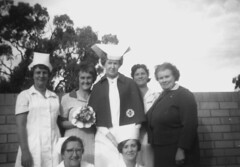 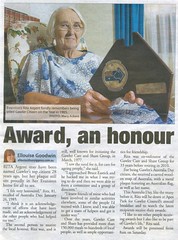 1985 Gawler's Citizen of the Year Rita Argent, courtesy The Bunyip 2013

Do you remember Argent Rita ? Then Join up and add your memory here.