The ARAG Story The Australian Refugee Association in Gawler

Tai Tan would surely be the first refugee from Vietnam to live in the Gawler district. In 1976 a small news item on the back of The Sunday Mail called for host families to invite refugees from Pennington hostel to their homes for a meal etc. My image of Vietnamese came only from newspapers. I pictured small peasant families living in the hostel, wondering about our agriculture and our countryside so I rang the phone number to suggest a family may like to visit us at Roseworthy, about fifty kilometres north of Adelaide. I found that refugees rarely came in complete family groups and most were from cities. I was also told that teenage boys were those most in need. It seemed few volunteers sought teenage boys. We were unfazed. My husband, Basil Sheahan, was a senior lecturer at Roseworthy Agricultural College and I was a teacher at Gawler High so we were both at ease with teenage boys. Moreover we had a teenager of our own, our daughter Susie.

So for many weekends we collected Tai, Fu and sometimes other friends from the hostel on Fridays and drove them back Sunday evenings. It was a happy arrangement. When we told them we were going to visit family in central Victoria over Easter so would not call for them the following week, they said, “We come.” “It’s a long drive.” “We’ll see the country,” they replied and slept all the way there and back. But they enjoyed that family weekend with Susie and her cousins. They joined in everything: church on Good Friday, games of cards, footy in the paddock and playing the guitar. The boys were shocked when the football ended with both teams combining to throw the umpire, Uncle Marty, in the dam. He took it in good fun. Tai still recalls that with amazement.

In time the Port Adelaide lessons were over for Tai. “I am ready for an ordinary high school,” he told us.

“I think I will go to Gawler High,” he replied. And so Tai came to live with us for the next eighteen months. There was no support then for learning English as a second language but Tai spent some time in the centre for students with reading difficulties where Ailsa Baker helped Tai greatly and became a respected friend. All Tai’s teachers were helpful and successful too as in 1977 Tai completed year 12 and qualified for University. After graduation he moved to Canberra. Tai still remains part of our family though his mother and sisters are now in Australia and Tai himself lives and works in China.

At the end of the seventies, two nursing sisters from Gawler’s Hutchinson hospital became worried about the refugee situation. Bernie Smart and Cathy O’Grady called a public meeting. There seemed to be local support so, with help from their husbands, they organised a wine tasting at Roseworthy Agricultural College. $850 was raised for the Kampuchean Relief Appeal.

The next venture was a picnic on the banks of the South Para River. Eighty refugees came in buses from Pennington Hostel. Gawler people brought food till we ran out of room on the trestles. We shared a happy meal with few words while the children laughed and played under the shade of the old Moreton Bay Fig trees. The support of the Gawler community was obvious.

A branch of the Indo China Refugee Association was formed with Geoff O’Grady as president. At another public meeting representatives of churches and community groups heard Peter Matthews from the Immigration Department explain the Community Refugee Settlement Scheme. Thirty people attended that meeting. Gawler ICRA offered to co ordinate sponsorship, to organise orientation and English classes and to sponsor one family. The Anglican, Baptist, Catholic and Uniting Churches each agreed to sponsor one family while the Lutheran Church sponsored two. Pastor Sander from that church had worked with migrants in the fifties and was a great source of strength to us all.

Many meetings, phone calls and letters later the first family arrived late in September 1980. Tri Truong, his wife Anh Trinh, her teenage sister Diep and eight year old brother Phong arrived with Tri and Anh’s own three children. Basil met them at the airport in a large blue Ford Customline borrowed from John Schwerdt at the Roseworthy garage. The family’s entire possessions fitted in the boot. A house had been rented and furnished by the Catholic parish and stocked with linen, crockery and food we thought they may like. Vinnies filled the gaps with clothes and shoes etc.

The other six families arrived a week later. Geoff O’Grady with Hieu van Le as interpreter met them at the airport and thirty three people came on a bus to the Zion Lutheran hall where we welcomed them with a meal from our local Chinese restaurant. All slept that night in the homes we had prepared for them….well, we hoped they slept.

The local community was so helpful. Many had completed a home-tutor course at Gawler TAFE and willingly gave much individual help. Elizabeth Clark taught English to adults at the TAFE while the Zion Lutheran Pre School Centre minded the young children, even on Fridays when no other pre school sessions were held.

Gradually the Vietnamese settled in and learnt our ways. They rode about Gawler on bicycles, perhaps on the wrong side of the road at first. We met them shopping. The children attended the local primary schools where the staff welcomed them and tried to meet their needs though they had no special training or support. Always doctors, shop assistants, school bus drivers and neighbours were helpful.

In time the Vietnamese gained independence. They got drivers’ licences and cars (in that order we hoped!) Jobs were a problem. Mostly these were in the city and in time caused the families to leave Gawler.

In November we decided to run an Asian Food stall at the Village Fair. Our roles were reversed as we fumbled making spring rolls. “Too loose, too loose!” we were told. We gained new respect for the catering abilities of the Vietnamese women.

Christmas was a joy. The German language class at the Gawler TAFE invited us to their end of term party. They sang Silent Night in German but our Vietnamese friends sang it in English. We also held our own Christmas party in the Zion Lutheran Hall. That has been repeated many times since, becoming an occasion for our Vietamese friends to come back to their Gawler home, though now we call it our Multicultural Social.

We shared the joys and sorrows of our new friends. In January 1981 we helped plan a wedding after Cho, Diep’s friend, cousin, brother, (“fiance” we suggested) arrived from Queensland. John Schwerdt decorated his big blue Ford with white ribbons to drive to the Baptist Church with Diep wearing a long white bridal gown made by the minister’s wife.

It was a great gathering and a true celebration as well as a rather ecumenical event. In fact the whole venture made us grow to respect people of other denominations. We soon realized that the Lutheran sponsored family were Catholic while the family sponsored by the Catholic parish were Baptist. We just concentrated on being Christian.

The joy of that wedding turned to sorrow when we gathered again that same week at the Catholic Church for a Requiem Mass for Lan Thi Tran who died tragically after a bicycle accident on her daughter’s first birthday.

That incident made us realize how few supports were there for those who spoke little English. There were many anguished phone calls that Sunday night as we sought someone to speak to Lan’s husband,Vu, at the hospital.

Since that time ICRA Gawler, now Australian Refugee Association Gawler, have helped many more families. Some were sponsored directly by ICRA Gawler through CRSS or Community Resettlement Scheme. Some were family reunions such as supporting Lan’s sister and brothers when they came to help Vu Tuong Pham with his family or Tri Truong’s uncle and some of his family. As the situation in Vietnam changed there were more family re unions. Heather Oke and Ailsa Baker have cleaned many houses to make them ready for families while Ken Edwards, Ralph Oke and Basil Sheahan became authorities on furniture removals. I had to rethink my shopping list when we sponsored two families from the former Yugoslavia.

Meanwhile our own lives have been enriched by working together and by the refugees. Some like Heather Oke have maintained a close family relationships with those they first welcomed, Tu van Tran and Tiet Thi Phan. We have all enjoyed watching “our” children grow up. We have been honoured guests at weddings and dinners and family functions as well as sharing in sorrows and distress when the hard times come along. 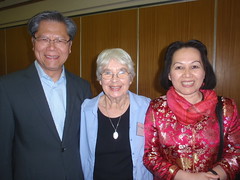 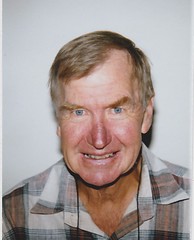 Do you remember Australian Refugee Association in Gawler ? Then Join up and add your memory here.