This street traverses what locals called “Mars Hill” and, in recent times, “Waterworks Hill”, as it leads down to the old EWS Depot on the corner of Murray Street and Julian Terrace South.

Until the mid 1960’s, to its south were several acres of Olive trees, standing among a smattering of very old and magnificent giant River Red Gums. The olive trees were very old and were generally planted in rows; having tracks meandering through them toward the old Swing Bridge over the South Para River. The serenity of the area was enhanced by the shafts of the morning sun through the trees; making it a joy to stroll through.

In the late 60’s, Council decided to build a Council Depot [where the current MFS Fire Station is now standing] and subsequent to that, the St John Ambulance building was constructed. To create these sites, the olive trees were totally removed, much to the chagrin of those who used to enjoy the ambiance of the area in its “natural state”.

This street has a home that is on the Local Heritage listing for the Town of Gawler. 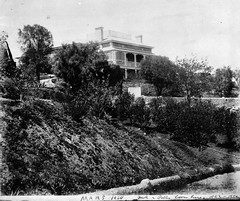 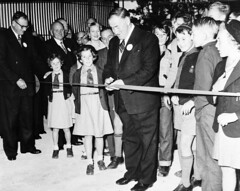 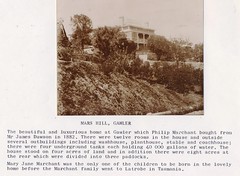 Do you remember Ayers Street ? Then Join up and add your memory here.