Lillian became Councillor for Turner Ward 1993 – 2000 and became an Area Councillor 2000 – 2010. She was a feisty Councillor, with many opinions, and possessing great determination on Council. She and Cr Warren Dibben pushed hard to have a lift installed in the Institute, and, once achieved, Council named the lift after her.

Brian Thom remembers the time when Council was placed in the position of deciding whether to take over from a private contractor the total running of what is now the Gawler Sport and Recreation Centre. In the debate, Lillian said “My late Husband Robert would turn over in his grave if that went ahead.” Needless to say that when the vote was taken, in a very close vote, Lillian voted for Council to take it over. We Councillors were somewhat perplexed. 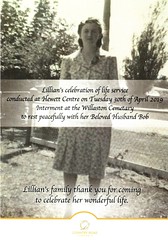 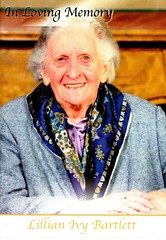 Do you remember Bartlett (Cr) Lillian Ivy ? Then Join up and add your memory here.