Bee Keeping in the Gawler Area

We are indebted to Trevor and Val Bain, and Deane Brown, for much of the following information.

“Bee-keeping activities in the 1800’s and early 1900’s are relatively unknown. The Gawler district in the later years was not a very good honey producing area, although it was probably central to areas that were.

In the 1950’s to 1980’s there was a lot of fields of Salvation Jane [Patterson’s Curse] which was sourced for honey production in Gawler and surrounding areas. In later years, with the release of biological control insects plus spraying activities, such measures greatly affected production and several bee-keepers moved from Williamstown and Cockatoo Valley to be in Gawler.

In these later years, bee-keepers travelled long distances in order to improve their honey flows. Some went south to Tintinara, Lucindale and Mt Gambier and into Victoria; some north to Melrose and Wilmington, some over to Corny Point on Yorke Peninsula, and others travelling north-east to the Murray Mallee and on to Wilcannia in New South Wales.

The use of horse and cart made way for modern trucks and mechanical loaders and mobile extraction vans. Some made a good living from their bees and others kept them as a second job. Those in and around Gawler who were fully commercial (or receiving a substantial part of their income from bee-keeping) include Trevor Bain, Clarrie Brown, Brian Berrett, Laurie Coleman, Murray Coleman,Steven Glen, Graham Lutze, Gordon Bellchambers, Doug Rau and Cec Sweeney.

The apiarist would generally drive 40,000 to 50,000 kms a year to tend their hives, which can be scattered around the State. Generally, the full-time apiarist would have 500 + hives to look after.

Honey is produced by placing the hives near Blue gum, Red Gum, Pink Gum, Sugar Gum, Canola, Lucerne, Citrus, Banksia, Tea Tree, Salvation Jane, and several types of Mallee. The desired source is not diminishing with housing development. Each hive contains a queen and generally 60,000 bees. The bees are shaked into the hive in the first place.

The hive usually holds 17 to 19 combs, which are lifted out and inspected 14 times a placement season. The 250mm x 400mm drop-in comb has a base frame material of wood with plastic centres dipped in bees-wax. It takes 7 to 14 days for those combs to be full of honey and every 10 to 14 days the hive’s progress would be examined.

It takes 5 to 10 minutes to extract honey from one hive. The frame is taken out of the hive and spun in a centrifuge and the honey usually drained into 200ltr plastic drums. These drums are then taken to several commercial honey packers. The honey is sold in many Australian States. The honey-comb is not kept after the extraction, but the base wooden frame can be used 50 times, if care is taken not to damage it. The main hazard is hot weather. Animals do not cause a problem, but ants are a nuisance and they are poisoned.

The consumption of honey has not changed much over the years but the way bee-keepers work their bees and extract the honey has changed dramatically. The occupation of bee-keeping is becoming less popular. 50% of apiarists would be away from home, working out in their selected areas.”

Gawler History Team sincerely thanks Trevor and Val Bain for allowing us to copy all of their photographs relating to the story. Click here to see more fantastic photographs. 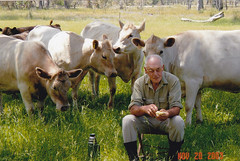 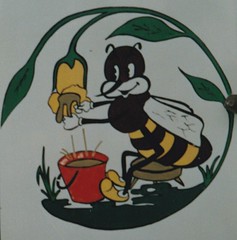 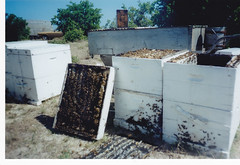 R. Finch's hives in the mangroves at Lower Light 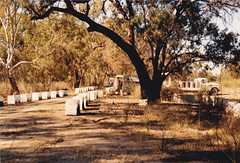 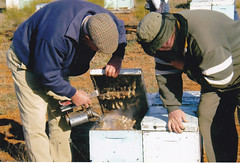 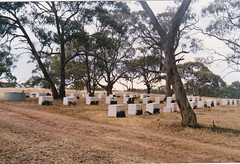 Hives among the Blue Gum at Moculta 1dec1989 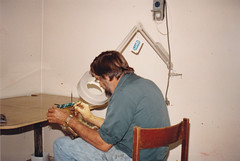 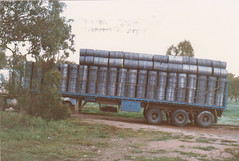 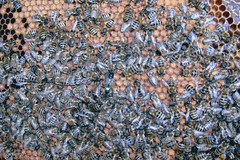 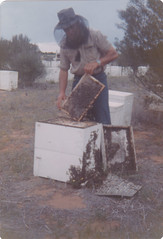 Hives in Clover at Hatherleigh c1978 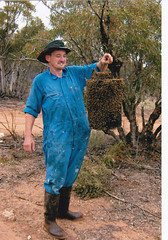 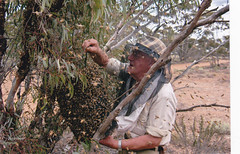 Trevor Bain in the mallee at Blanchetown with swarm 1oct2010 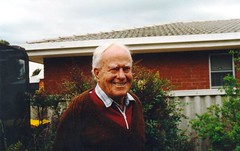 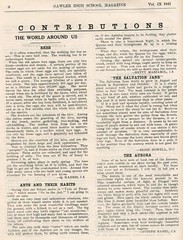 Memories of Bee Keeping in the Gawler Area

Do you remember Bee Keeping in the Gawler Area ? Then Join up and add your memory here.