In the 1859 rate assessments this was acre #351. In 1868 Cr Frederick F. Turner owned it and leased it to William Samuels for a value of 15 pounds. Other subsequent lessees were J.C. Wilkinson and Dr R St Mark Dawes. The home was built in 1893 on land owned by Dr Dawes. c1924 Arthur Rowe, the Murray Street chemist was the occupier, [according to Dudley Kemp in march 2012] and Mrs Rowe had a daughter Judy. Dudley claims that a Miss Vance was living in the home. This home was subsequently owned by a farmer called Howard Dawkins and he had 2 sons, Lance and Bill and 2 girls; one of whom married David Kranz.

In November 1970, Brian and Bev Thom purchased the property from the 80+yo Mrs Dawkins and they have been resident there ever since. There was internal evidence that the home might have been used as a Doctor's surgery and it is suspected that Dr Covernton had lived there possibly before 1924. In early 1970s the northern side of 17 Daly Street had a magnifiicent Bignonia growing to contrast with the purple Wisteria, which still exists. In 2011 the old wooden wisteria supporting structure was replaced by steel. In 2000, Town of Gawler decided to remediate the School Lane which experienced much erosion after heavy rain. The significant Jacaranda tree in the SW corner is likely to be over 100 years old.

A large single-storey double-fronted villa with predominant attached projecting gabled bay in the late-Victorian style. Of tuckpointed sandstone rubble construction with red face brick quoins and dressings. The asymmetrical façade includes a main entrance with heavily panelled timber door with leadlight glazed surrounds and timber-framed French doors elsewhere. There are also timber-framed double-hung and casement sash windows, paired to the projecting bay. The south side elevation contains multiple sets of timber framed French doors. The façade is screened by a wide bullnose verandah on timber posts with cast iron frieze and brackets which were produced by D Thomson – Eagle Foundry. The verandah floor is finished with tessellated tiles, created in 2003. The complex hipped, gabled and Dutch gabled roofscape is clad with corrugated galvanised iron and features overpainted face brick chimneys with corbelled caps. The gabled bay features timber finial and oriel moulding, with the louvered gable end concealed with non-original sheet metal cladding. The property is bounded by a rendered masonry fence, with the original timber picket panels removed.

Constructed during the mid 1890s, the substantial villa at 17 Daly Street, Gawler East, dates from Gawler’s boom period and demonstrates the uptake and development of the Gawler East area with premium residences for the town’s successful businessmen. The fine late Victorian era villa has generous proportions and quality detailing including the distinctive use of stone and local brickwork with cast iron embellishment in the particularly ‘Gawler’ mode. The property is associated with Dr Richard St Mark Dawes, notable local physician which may explain the dual entrance doors and multiple sets of French doors along the southern side elevation to facilitate surgery access.

Section 4 of the Gawler Special Survey was originally granted to John Reid and Henry Dundas Murray in October 1839. William Paxton, Adelaide businessman and entrepreneur of Burra Mines fortune, held large portions of land in Gawler in the mid-1840s. In 1849, a portion of Section 4, Hundred of Nuriootpa, the area between Lyndoch Road and the South Para River and between East Terrace and High Street was surveyed and subdivided for sale by Paxton An early historic plan of Gawler East and rate assessment books from 1859 to 1867 indicate that the subject property was not taken up immediately. In 1868 Allotments 351, 352 and 353 were owned and rated collectively by Frederick F Turner (Auctioneer and later Mayor of Gawler) and occupied by William Samuels as ‘cultivated land’. The parcels continued to be rated as a group and described as ‘land’, ‘paddock’ or cultivated land’ until at least 1890. It is reported that the subject dwelling was constructed in 1893 on land owned by Dr Dawes. The first available title indicates the property was held by Arthur Clarence Rowe, Pharmaceutical Chemist of Gawler, in 1919; this eventually passed to his widow Elsie Myrtle Rowe in 1944. 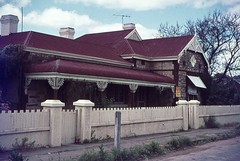 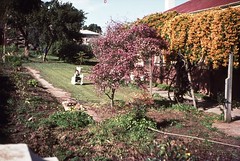 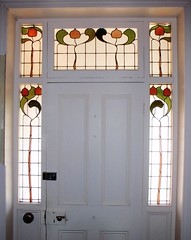 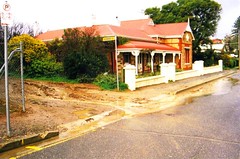 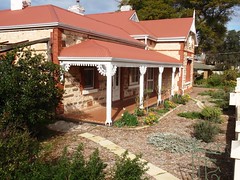 Do you remember Daly Street 17 Gawler East ? Then Join up and add your memory here.