A month later he came to Gawler and took up his craft as a bootmaker. Strikes even in those days had their influence on workers, and when matters were at their worst, Mr. Guy decided sooner than submit to the employer's demands, to open in business for himself.

This occurred in March, 1868 and for 30 years he conducted his trade, his shop being now the northern extension of Mr. A. Sheard's Emporium.

For many years past Mr. Guy lived a life of retirement.

As a young man he joined the ' Oddfellows' Order, M.U., and was a member of the Gawler branch at his death. In early years he was a capable worker in the Methodist cause, being with the Tod Street Church.

There is left a widow, one son, five daughters, twelve grand- children, and two great grandchildren. One son, the younger, Philip Gawler, made the supreme sacrifice in France in the Great War.

Philip Kettewell Guy married Martha Amelia Farrant at Gawler in 1865. A son Joseph was born in May 1866. Martha died in June 1866 and the son died in December of that same year.

I now know that another son also named Joseph was born to Philip and his second wife Louisa Pilgrim my great-great-grandmother. Hence the confusion on my part. This couple swelled the population of Gawler with seven children including their youngest Philip Gawler Guy K.I.A. 10th August 1918 in the battle of Lihons, France. I have visited his grave twice when in France where our son lives; also the small area of Crepey Wood where his Company came under machine-gun fire with the loss of ten lives that morning.

While awaiting the return of a late 19th-century hatbox that contains all our historic photos and at least two photos of the Guy ( and maybe your house ) from my daughter, I sifted through the Bunyip on Trove. I saw references to J. Guy and, although it seems unlikely, he does not seem to be related to Phillip Guy my great-great-grandfather. As mentioned I visited his house in Daly Street on a number of occasions when a young boy. The house was either yours or perhaps one next door at the time. Phillip is mentioned in the Bunyip at various times usually requesting another to stand for Council. His daughter Edith is mentioned in various roles particularly Red Cross, the Methodist Church and WWI fundraising. Phillip had a shoe shop in Murray Street and died in 1922.

This is an early asymmetrical cottage with projecting bay and rear skillion. It is constructed of coursed rubble sandstone with overpainted brick quoins. The cottage displays typical Gawler-style detailing to the projecting gable. The transverse gable roof with projecting gable is clad with corrugated metal, with parapeted gable end to the south, crowned with an overpainted brick chimney featuring a 45-degree splayed course. The projecting gable features turned timber finial, gable vent and hood awning to window. Windows are timberframed, double-hung sashes. The concave verandah is clad with corrugated metal. A nonoriginal timber picket defines the front boundary.

Likely built in two stages from the mid-to-late-nineteenth century, this late-Victorian-era villa is an intact example of an adaptation of an original cottage form. It is largely intact externally, and features typical Gawler-style stonework and red brick dressings and rear parapeted addition. It demonstrates the early residential development which occurred in the area as a result of the flourishing industry and commerce in Gawler in the 1870s and 80s.

Common within Gawler East, the portion of land was part of a larger land package owned by Dr Barry Cotter, the primary physician in Gawler, and councillor for the south ward in 1857, an indication of the significance of the land holding. This same holding of land, later owned by David Hardy, was further subdivided and sold separately, in the establishment of the adjacent, aptly-named David Street.

The exact date of construction of the dwelling is unknown, however, rate books suggest the possible existence of a cottage on the subject land from as early as 1859. An article in the Bunyip states that in the sale of the series of allotments, David Hardy left a street in between lots 285 and 286 (subject land), establishing the adjacent David Street in 1870. The property was transferred to Philip Guy, a cordwainer (shoemaker), in 1870 and remained in the Guy family until 1956. 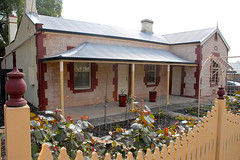 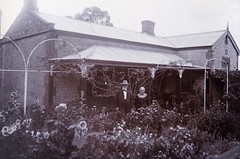 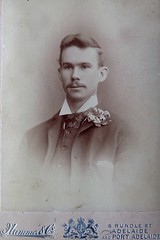 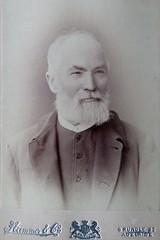 Do you remember Daly Street 26 ? Then Join up and add your memory here.