The home was originally used by Dr Nott, and to enable anyone to awaken the doctor after hours there was a speaking tube at the front door which led to the doctor's bedhead. If they required attention they could blow into the tube and the whistle in the tube would awaken the doctor. The doctor would then decide whether the emergency was serious enough to warrant him getting out of bed. When Doctor Dawes occupied the house later the use of the speaking tube remained.

The home had four stories, including basement and tower. The basement had a central passage with rooms either side, probably a laundry, ironing room, maids and servants quarters. The surgery at the front of the house included, as well as the normal instruments for patient treatment, a dentist chair and pedal drill.

At the rear of the home were stables where old cars, coaches etc were stored.

The home was demolished in 1974, and has now been replaced by a Fasta Pasta Restaurant.

On the 20th March 1974 Gawler Council approved an application from Woolworths to build a Supermarket on the site.

On 4th December 1974 a decision not to build was made by Woolworths. 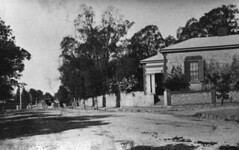 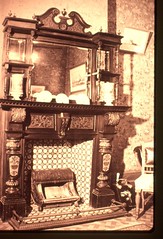 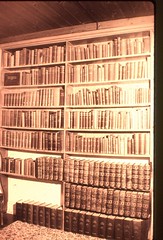 A view of the extensive library. 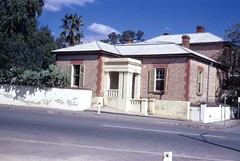 Doctor Dawes house on Lyndoch Road, just prior to demolition in 1973. 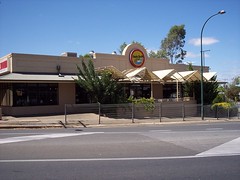 Do you remember Dawes Dr Home cnr High St Lyndoch Rd ? Then Join up and add your memory here.