A Brief History of Elsie Ey Kindergarten and the surrounding area.

1947 Elsie Ey kindergarten commenced operation as the Gawler Free Kindergarten in the Congregational Church Hall in Light Square. Only morning sessions were available, and as enrolments increased, it became desirable for the kindergarten to erect its own building.

1955 The present building was opened on land currently leased from the Gawler Council under the conditions stipulated by a 50-year lease agreement, which expires in the year 2006.

1962 An additional 15-foot wide strip of land was leased from SA Brewing Company to create a larger outdoor learning area.

1977 Toy Library was opened. In 1983 the committee borrowed money to build the toy Library extension.

1985 The kindergarten committee passed a motion stating that if the motel application was granted, the kindergarten request Council assist in relocation as a matter of urgency.

Council offered several new sites for the kindy, but each site met with some stumbling block. Between 1986 and 1989, the staff and committee thought they had solved the problem several times with plans being drawn up by the CSO for a site on Adelaide Road offered by the council. The offer of that site was withdrawn after objections to that site, council offered a site on Victoria Terrace, which was also withdrawn A couple of other sites were offered and considered by the committee

1990 The committee decided to stay at the present site, with lower enrolments and reduced outdoor area.

1992 The outdoor area was redeveloped, using funds originally raised to support the reloaction. Early 90s the cinema and video shop complex was constructed

1998 Our Management Committee wrote to the Minister of Education and Children's Services, Malcolm Buckby, requesting relocation from our present site for the following reasons.

September 1998 The Minister asked the District Superintendent, Janet Harris, to recommend a preferred site. Janet Harris invited representatives from schools, councils, DETE and kindy to meet, discuss and collate information from the community. DETE would only provide capital works funding to relocate the kindy onto DETE owned land, an existing school site. Hewett Primary School was recommended by that group as the preferred location for the kindergarten

Early 1999 Emily's restaurant was sold, refurbished and re-opened as Café Nova, a great increase in daytime patronage has reduced the availability of parking

August 2000 State Government has approved expenditure on a feasibility study. -To determine costs of relocating EEK, our toy library and FDC offices to Hewett Primary school. The Feasibility study was completed by the end of 2000, and a budget submission for the 2001 State budget was lodged

November 2000 Proposal to develop the vacant land adjacent to the kindergarten to include a family dining area, lounge, gaming room, and motel units and a car park was announced. The existing Cafe restaurant, garden and conference room will remain.

April 2001 Gawler Council sought a representation from Elsie Ey Kindergarten as neighbours of the proposed development. Based on Parent Survey responses we stated that we did not object to either the development or the installation of gaming machines once we were relocated, but requested that gaming machines not be installed while we were still on Murray street and that safety measures be implemented during construction of the new facility.

May 2001 $1,200.000 was allocated in the State Budget to relocate Elsie Ey Kindergarten to Hewett Primary School, with the project commencing in January 2002 and to be completed in June 2002. 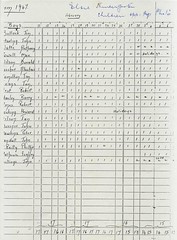 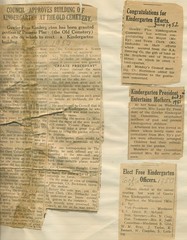 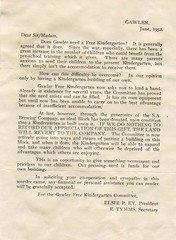 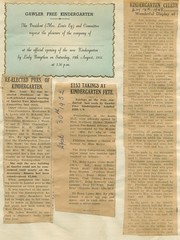 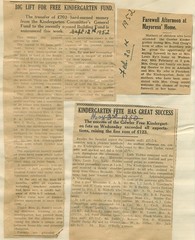 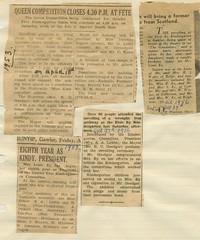 Do you remember Elsie Ey Kindergarten ? Then Join up and add your memory here.