Memoirs of Humphrey George AM

At the start of the war years 1939-45, my father was transferred to manage the shipping activities of Elders from the Port Adelaide office. The family lived on Woodville Road, later building a new home at 4 Beaufort Street, Woodville.

My memories of being brought up during the war years were ones of austerity with ration coupons required to buy staple food items like bread, milk and eggs. Our family was self-sufficient with eggs from Dad’s own hens which were swapped for other food items at the local corner grocer. The Woodville area housed the Holden factory and the Finsbury munitions factory, which could be considered bombing targets and hence there were night time curfews with lighting and a requirement to blackout all windows at night with heavy black blinds made of asphalt impregnated paper.

Humphrey Edward George was elected to Gawler Council to represent Reid Ward 1985 to 1989. 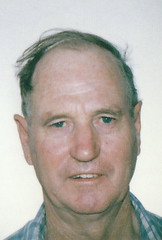 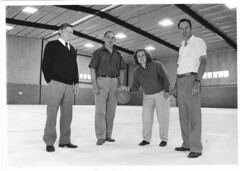 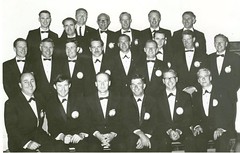 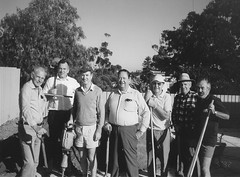 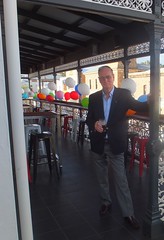 Do you remember George (Cr) Humphrey Edward ? Then Join up and add your memory here.