Gil Harnett & Humphrey George purchased the Pharmacies of Os Conley at 117 Murray Street, Gawler and 24 Adelaide Road, Gawler South in May 1959. Gil had previously opened and managed the Adelaide Road Pharmacy for Os Conley who following his retirement offered the businesses for sale.

Both pharmacies were alongside medical practices and relied on them for their dispensing business. Dedicated well trained staff (a number being employed with H & G for over 30 years) and loyal customers saw both businesses thrive over the years, requiring several upgrades on both premises taking over premises next door, until the opportunity arose for the Murray Street Pharmacy to relocate across the road to the former Coles Variety Store at 94 Murray Street, when they moved to Northern Market.

Some years later the Adelaide Road Pharmacy moved across the road to 21 Adelaide Road, to a purpose built Pharmacy in front of a former residence.

In the early years, when there were only four Medical Practitioners serving the town of Gawler and surrounding districts of Lyndoch and Williamstown, the medicos did their hospital visits in the mornings and consulted afternoon and late nights. This meant extended hours for the Pharmacies, often until 10pm.

The privilege to serve the Gawler community became the benchmark of the Harnett & George business for 50 years. 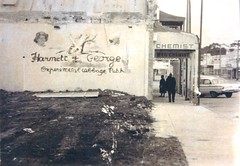 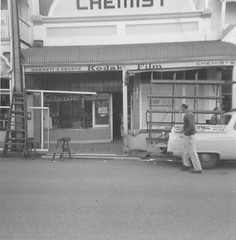 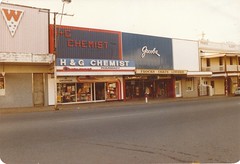 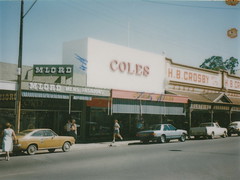 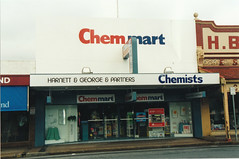 Memories of Harnett and George Pharmacy

Do you remember Harnett and George Pharmacy ? Then Join up and add your memory here.