My interest in history started at a very early age, I was top of the class in this subject in my Primary school, Alderwood Ave,Primary in a suburb of Liverpool UK called Speke.I lived near a young lad called George Harrison, he was learning to play the guitar whilst my friend who lived next door to him was learning to play the violin. I moved, with my family, to Australia in 1960 and we were to spend the next two years living on Finsbury migrant hostel. Who remembers the tin shed accommodation with no air conditioning? We arrived in November and the temperature was over 37 degrees or 100 in the old language, for twelve days straight. Welcome to Australia.

When we moved to Elizabeth I had various jobs including working at the Elizabeth Vale service station opposite GMH and World Wide Camps, later known as Atco. before working in the clothing industry with Kentish, Corfu and Oxford and Levi clothing companies as a Sewing machine mechanic and boiler attendant. In about 1968 someone gave me a ticket to go to the Shedley Theatre to see a play called “Death of a Salesman” I sat down the front and remember thinking ‘wow I could do that.’

It was about 1975 when I joined a company that put on stunt driving and other similar shows (like getting run over by a car) and fight scenes. About a year later a few of us were asked if we could perform a fight scene at the beginning of a stage show called “Rose Marie” at the Mayfair Theatre in Goodwood and boy did we put on a show! I was then asked if I would consider doing something in the next show, after I thought about it for a millisecond I said yes. They didn’t tell me until later that the next show was to be “Doctor in the House”. I played the lead role of Tony Grymsdyke. Gee, I reckon I must have done ok because the Northern Light Theatre Company asked me to play the same part at the Shedley. I had made it to where I first saw a show. Later I played the same role in Gawler.

Between then and about the year 2000 I did many shows at many venues, as well as numerous T.V. commercials and, “don’t blink” movie appearances.

In the early 1980’s I realized another interest when I began my “radio career” working at radio station 5PBAFM where I wrote and presented documentaries as well as music programs. My regular weekly program was producing and co presenting a sports show called “Hicks on sport” with local sports identity Darryl Hicks. By the time I left I was a station supervisor.

Gloria and I married in 1978 and have five additions to the family. My interest in history again came to the fore when we moved to Wasleys north of Gawler where I was instrumental in putting together a history of the town, I also did a separate history of the local bowling club where I was also club secretary.

The Gawler Elderly Centre was where I began my association with Gawler as a volunteer, in 1998 doing data entry and various surveys. There was one computer in their library and Lorraine Kirk with Bev Brooker suggested we try computer classes for the elderly members; it was to be a three month trial. The classes soon evolved and went to the Sports and Community Centre then to the Community House. Now (as of December 2012) we have eight computers and several tutors to cater for the demand. In 2010 I put together a slide show of some of Gawler’s historic buildings, but, more was required so in May of 2011 the Gawler History Team was born out of a passion by Councilor Brian Thom. Brian is currently the Chairman and I am pleased to be part of the executive committee which consists of some of the most talented people in their field. Our team now has many members from all walks of life, and has its own professionally built website, www.gawler.nowandthen.net.au but, of course, you already know that because you are reading this. 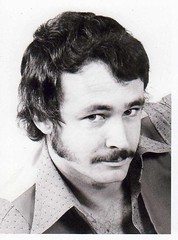 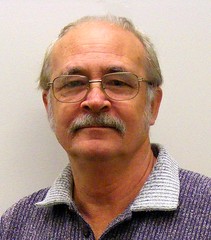 Do you remember McDonnell Ian ? Then Join up and add your memory here.