Schooling began at Nailsworth Infant School and proceeded through the Primary and Technical High Schools at Nailsworth which were about 2km from home at Broadview.

In June 1941, Clara and Charles parted, and the task of bringing up Graham and his siblings fell on Clara. By 1941 elder brother Don was in the army as a signaller in New Guinea. Sisters Jean and Dorothy were 18 and 13 respectively.

Having completed the Intermediate Certificate, Graham left school and took up an apprenticeship as a Telephone Technician for a private telephone company called “New System Telephones” which later became T.R.Services. At the age of 20, after being deferred for 2 years, the national service called, and the next 6 months was spent in the Navy, as a signalman, and enjoying time on the cruiser HMAS Australia and the aircraft carrier HMAS Vengeance.

Like many of the “Natio’s” returning to work was a bit unsettling and by May in 1954 the transition was made from apprentice at 22 Currie St to salesman at Elders, across the road at 27 Currie St. In March 1955 it was off to Penola, then 15 months later to Mt Gambier.

In October 1956 at the Show Ball, Graham & Jenny met, twelve months later they became engaged, and a further 12 months later married , two weeks later they were “on trucks” (an Elders term) for Gladstone, where Alex was born in December 1959 and Donald in June 1961.

By September of the same year a transfer saw the family settled at Modbury and 30 years of working in and out of the Adelaide Office commenced.

Susan was born in 1964 and Jacquie in 1966, and by 1967 Graham was the O.I.C. Implements, rising to Product Manager Industrial Merchandise and then Sales Manager Merchandise. Finally, after spending two years as the Supervisor Merchandise, requiring Country travel, Graham elected to transfer to Manager Cavan store as a relief from the constant travel.

After 37 years and 2 months service, as a result of Elders then “retire at 55” policy Graham retired, only to restart at a number of various jobs in the same industry, before returning to Elders at Pooraka for the last 5 years of his working life doing 2 days a week.. 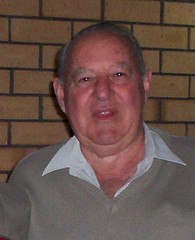 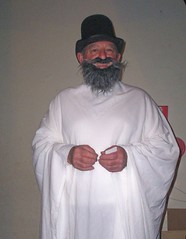 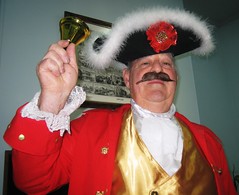 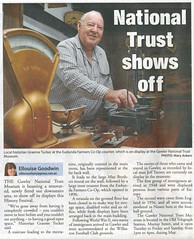 Do you remember Tucker Graham Herbert ? Then Join up and add your memory here.