E.H.Coombe, M.P. "History of Gawler 1837 - 1908" Page 309 states that "Was for many years in business, and then decided to enter the ministry. Was engaged in active church work at St. John's Church, Adelaide for 17 years. Studied at St. Barnabas College, Adelaide."


1889 Married Alice Adelaide Uffindell at St. John’s on 23 May.
Subsequently had 3 children.


1907 Appointed Rector at St. George’s Church, and The Church of the Transfiguration in Gawler on 1 January.


1936 Retired from St. Jude’s on 30 June aged 72 years.
Officiated at Australian Board of Missions.
Officiated as “locum tenens” at Christ Church, North Adelaide. 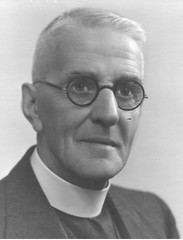 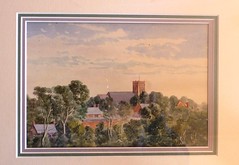 Do you remember Best Canon Sydney Thomas Charles ? Then Join up and add your memory here.