Taylor Bros started their Water Street butter factory in 1906. Para Mews town houses were built after the factory was demolished in 1989.

Keith commenced in 1966, Rye transferred from Finlayson’s at Balaklava in 1970 and Sydney started in 1969.

Rye recalls that at Finlayson’s factory at Balaklava where he commenced in 1950 he was a boiler attendant, truck driver, butter maker, pasteurizer operator and general factory hand.

Keith started out as a general factory hand with his first jobs being tipping cream from cans into a holding vat and washing the cans, and then moved on to one of the truck drivers. He left the firm temporarily around 1968.

Sydney began as a general hand, tipping cream, washing cans, cutting butter on holding trollies and throwing into machine which shaped butter to fit into 56lb boxes, packing butter onto pallets (40 boxes at 56lbs each box). Acted as relief pastuerizer operator, cream tester and butter maker (later full time), and office manager. He was also the OHS Officer and Fire Warden and was one of the licensed fork lift drivers.

When Keith began at the butter factory, Rex Taylor was the manager. He remembers his regular trips to pick up cream and goods from (Finlayson’s) Balaklava, (SAFU) Auburn, (SAFU) Eudunda and (Hall Sandford’s) Hamley Bridge and from the Gawler railway station where the cream arrived from Gladstone and Kangaroo Island and butter was returned covered in wet bags and ice to keep it fresh and cool.

Keith was one of the regular truck drivers who collected cream and eggs from local farms travelling to Springton, Moculta, Angaston, Eudunda, Robertstown, Light Pass, Marrabel and Riverton. On these runs he collected 15 dozen and 30 dozen boxed eggs returning them to Farmer Brown Egg factory at Gawler for grading. At other times he also, like Rye, was a local delivery man of smallgoods and hardware materials to local businesses. In slack days, he also filled in with general repairs and maintenance work at the factory. Keith recalled how the waste water was channelled by drains over the North Para River to soakage plots where the water waste stored and controlled by banking into plots on a rotating basis. As the water soaked away, workers from the factory would travel over there and using a rotary hoe would turn the ground surface over to limit the odour and keep weeds down. This area is now known as Henry Chenoweth Park. Keith retired in 1983.

As stated earlier Rye began work in the butter industry with Finlayson’s at Balaklava and when transferred to Gawler he was the relief semi-driver to Adelaide, (sometimes two trips a day) delivering the made butter at Gawler and packed and graded eggs from Farmer Brown’s Egg Factory (just down the road on corner of 10th Street and Adelaide Road), now Mitre 10. He was also the relief driver for the runs to Clare (Golden North Milk Factory) and to Eudunda for pickup and delivery to South Australian Farmers’ Union Factory located there. At Gawler he acted as a cream tipper and can washer operator as well. In the latter part of his time at Gawler he was the main local delivery man for smallgoods and hard ware to local businesses.

Rye left the butter industry in 1976 (after 26 years) and joined the Electricity Trust of South Australia where he remained for 10 years until his retirement in 1986. On his retirement he went on a 10 month trip around Australia and on returning retired to Gawler West in his own home where he still lives today (October 2012).

Sydney began as a general hand, tipping cream, washing cans, cutting butter on holding trollies and throwing into machine which shaped butter to fit into 56lb boxes, packing butter onto pallets (40 boxes at 56lbs each box). He also acted as relief pastuerizer operator and butter maker (later full time), butter oil machine operator, cream tester and office manager. He was also the OHS Officer and Fire Warden and was one of the two licensed fork lift drivers. Talking to Keith they recalled how the maximum pastuerized cream storage was in three vats with a capacity of 1,250 gallons.

This meant a working day of 12 churns of butter to be made and packed with an average of 50 – 60 boxes per churn. There were four stainless steel churns with each having a capacity of 500 – 600gallons of cream. These made the butter into one lump amount by compounding the granules together by gravitational force. It was then removed from the churns onto metal trays. The fifth churn was a wooden one (as were all the previous stainless steel ones) and the butter granules were blended together through compaction of wooden rollers. This gave the butter a better texture and more even compaction. It was for that reason this churn which was used to make the butter being entered into the Adelaide Royal and the Gawler Agricultural Shows. The cream for making this show butter was especially chosen from the sweetest tasting that was received.

The ‘waste product’ of the butter, commonly known as ‘butter milk’, was channelled to the drying room where it was dried (treated) by being run over heated rollers and stored into bags as milk powder for animal food. What butter milk was not dried was taken from the factory for direct food for a piggery.

The butter oil making machine was a relatively late addition to the butter factory. This machine melted and treated by heat, the butter with the final product being pure butter oil. This was stored in 4 gallon metal cans, 56 pound plastic bags inside cardboard boxes and by bulk tanker. The tanker (about 1,000 galls) was then delivered to Peter’s Ice-Cream factory in Adelaide. We recall the hardest thing to handle was walking and working on the steel-tiled floor in rubber boots. The floor became very slippery when wet and a lot worse with any oil or cream spillage. This also made it very hard and awkward in dragging out a ton (or more) of butter on a trolley with steel wheels (pulling up hill).

Sydney was one of the last 15 employees to be handed the letter “Do not turn up on Monday”. In July of 1986 all employees were interviewed with the prospect of having to travel to the now named Southern Farmers Factory at Mile End. From memory, all bar three indicated their willingness to travel. No news was heard until December 19th 1986 when we received the letter of redundancy. Looking back we were all lead along a path of deceit as there were not going to be any job offers at Mile End. The boiler attendants sounded the 8.a.m., 12noon, 1.00p.m. and 5.00p.m. whistle for the local town workers.

In summary we have tried to recall the names and main tasks of all those whom we worked with (and others whose names which we heard mention of) who were previously at the Gawler Butter Factory. Apologies to any that we have ‘forgotten’ , ‘omitted’ or spelled their names incorrectly. They were great work-mates.

So here we go (in alphabetical order):-


Steve Locking (recorder of names and weights of cream received);

For more photos from throughout the history of the Butter Factory, please click here.

Reference can be made to “Gawler’s Industrial Buildings 1839 – 1939” by Susan Phillips and Michael Pilkington Map on page 11, references pages 40-43

Click here to read Memories of Gawler 1923+ by Colin Hillier re Butter Factory on page 30. https://drive.google.com/open?id=1t46sIGz7_J3T34GOYtfOLIj27BDiXAxy 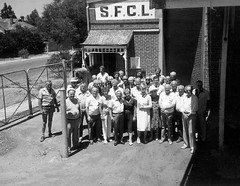 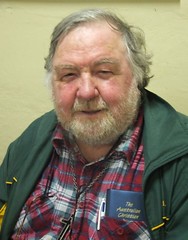 Do you remember Butter Factory Eighth Street ? Then Join up and add your memory here.