[RHresearch] After James Martin died contracts were secured from the South Australian Railways to build bridges, boilers and valve casings. Increased competition [particularly from May Bros.] meant that for the next 10 years no more than 400 were employed.

On 1st April the first meeting of the Gawler Implement Manufacturing Co. was held and the board was formed from important owners of large local businesses.

Henry Dutton offered to continue to supply all the types of equipment manufactured by James Martin but also was prepared to expand the Mining Machinery business to supply whatever the Mining Companies wanted. SA Government promised Dutton a contract for 10 engines and 100 trucks. Phoenix restarted 2nd January 1908. May 1910 he received a contract for 140 railway trucks and in July 1910 22 locomotives and vans were contracted. In 1910 and 1911 the business was plagued by strikes.

Henry Dutton was able to keep the foundry operating until his death on the 25th August 1914.

Samuel Perry purchased the foundry, including the existing government contracts in 1915.The company was known as Perry Engineering but was unable to secure any further major contracts and was forced to close in July 1928.

The buildings were demolished in 1932 and the heavy machinery sold.

Perry Engineering retained ownership of the property until 1946.

Between 1946 and 1996 the land was broken up into smaller portions, some of the uses were, as a GMH Car Dealership by John Doran Motors, an Ice Works and an operations yard for Telecom.

In 1996, Chamberlain Investments Pty Ltd, trading as LRM Constructions were able to recombine most of the smaller plots into a storage facility for their heavy earth moving equipment.

The site was sold in 2008 and now operates as Phoenix Plaza, a Retail Shopping Complex. 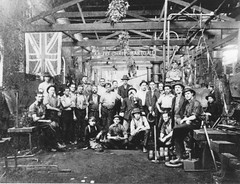 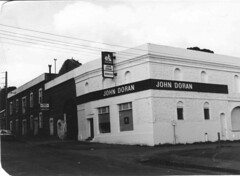 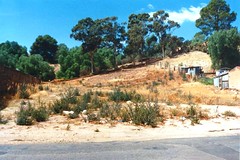 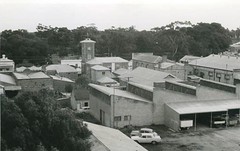 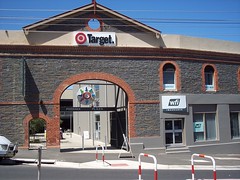 Do you remember James Martin Phoenix Foundry Subsequent Useage ? Then Join up and add your memory here.