Dr Dawes' car, a 1908 DeDion Bouton, was one of the first motor cars in Gawler. The photograph shows his chauffeur Charles waiting to take the doctor on a house call.

The first advertisement for Dr Dawes appeared in The Bunyip on 9 July 1875. His first surgery was in Murray Street, and later at the property on High Street previously owned by Dr George Nott.

Dr. Dawes was appointed Chairman of the Gawler School Board of Advice on 28 February 1895 and on 24 May 1905, he addressed the Gawler Primary School, at their observance of the First Empire Day.

Dr. Dawes is listed as a Surgeon member of the Loyal Gawler Lodge of Oddfellows, Manchester Unity in June 1908, and the Grand United Order of Oddfellows in October 1908.

Dr Dawes' services were required when a tiger-trainer was attacked during a performance at Harmston’s Circus in Gawler South on Saturday 11 June 1898. The victim was a South African tiger keeper and trainer, named John Isaacs. During the performance, he was attacked by the tiger and suffered major bleeding from the neck. After he was rescued from the cage, he was taken to Dr Dawes' surgery for treatment. Fortunately, the main arteries of the neck were intact and the hemorrhage was stopped. Unfortunately, John died in Hospital on Tuesday 14 June 1898.

On Saturday 21 December 191, Dr Dawes was called to an accidental drowning at the Kingsford farm of Mr A J Davis. Alick Davis, a seven-year-old boy, had opened an underground tank, looked over the edge and fallen in. Rescue attempts were unsuccessful and when Dr Dawes arrived the boy was pronounced dead. The tragedy was that the parents had sold the farm and were to leave it in a few weeks.

On the 29 January 1923, Dr Dawes was a passenger on the Kapunda train, returning home from a visit to Adelaide, when it collided with the Clapham train at the Adelaide Railway Station. He was able to render first-aid to the injured before a team of doctors and nurses from the Adelaide Hospital arrived.

Dr Dawes was one of very few medical doctors servicing the large area around Gawler. Petrol rationing after World War II made it impossible to cover the large area. To allow the Doctor to continue attending to all his patients he hired the local garage proprietor, Jack Curnow, who had no restrictions on fuel usage because of his occupation, to drive him when his own ration of fuel ran low. 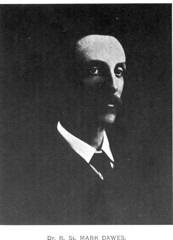 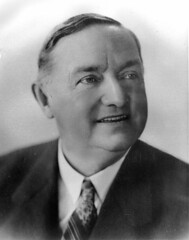 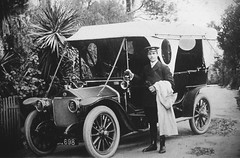 Do you remember Dawes Dr Richard St Mark ? Then Join up and add your memory here.